These are significantly historical articules submitted by our correspondants

The Canadian National Railway track divided at Atherley with the one branch going and the other to the east.

Every day after school I went to the post office, picked up the mailbag, a locked canvas bag for the first class mail, and took it to the station where the train arrived about 4:45 p.m.  The station was an old wooden passenger car, which sat on the ground.  There was no agent there and the building was always open.  Some days during the winter the section men lit a fire in the stove so that they could eat their lunch in comfort.  This meant that on those days the station was still warm while I waited for the train.  And some days the train was not always on time.

About once a week there were several well-filled parcel bags to take to the station. These bags contained bundles of used clothing, which a man by the name of Malosh shipped to Newfoundland and Labrador.  In the summer I had a wheelbarrow with a steel wheel to carry the extra bags and in the winter a sleigh, one that ice fishermen used to haul their fish huts on to the lake.  Occasionally on Saturdays during the summer I carried the first class mailbag to the noon passenger train that traveled between Toronto and Gravenhurst.  When there were no passengers for Atherley, the engineer would slow the train down and I had to throw the mailbag through the open door of the mail car as the train passed by.  My big fear was missing the door although I never did.

I was eleven years old at this time and I don’t know whether it was lawful for me to carry the mail.  I was cheap labour, though.

THE DAYS OF YORE
A family chronicle
By Myrtle Graham
An eleventh hour attempt to record the lingering lore associated with Joel and Sarah Day for the possible satisfaction of their many descendants in 1967. Surely, few families of modest station have been more harassed by relevant events of history than has the Day family.
Sincere gratitude is due the few who travelled far down Memory Lane for the tales which follow. Indulgence is requested for any inadvertent errors.

END_OF_DOCUMENT_TOKEN_TO_BE_REPLACED

RAMA AND MARA TOWNSHIPS WERE ONCE UNITED 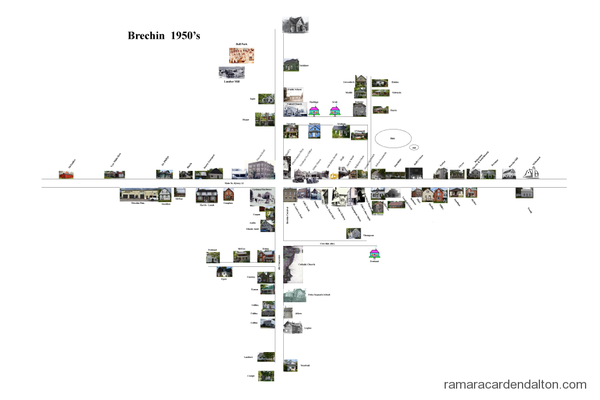