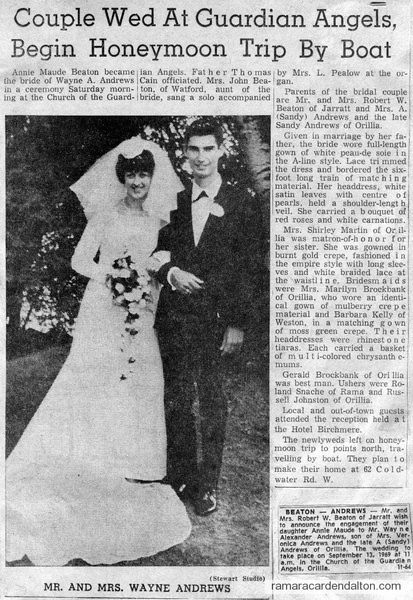 Modern Machinery to be Installed and New Rama Stone Developed

Queenston Quarries Limited is the company that controls the famous Queenston limestone quarries which produce a fine building stone. An associated  industry is the Canada Crushed stone Company of Dundas which produces crushed stone for road building and other purposes. Queenston Quarries intends to develop the new Rama Marble which has been coming into favour during the last two or three years. With ample capital at their command, they will install the most modern machinery.  It is planned to saw the stone to building size instead of sending it to Toronto for this purpose.  Thus they will save freight on the waste material.  The company will also produce crushed stone for road building.

The Longford Quarry Company Limited, which thus passes over the famous Longford quarries, was organized in 1901 and was an amalgamation of four quarries owned by A. Tait, the Longford Lumber Company, the John Adams Company and Allan McPherson. At that time and for some time previously Longford stone was in favour throughout central and eastern Ontario for building purposes. Its white weathering quality gave it great popularity, both for mass and trim.  With changing conditions however, the demand for the dense-textured, brittle Longford stone, which is available only in comparatively thin beds and not well suited to working by machinery, became less and less and the quarries were finally closed.  They were opened for the production of crushed stone and more recently for producing the new Rama marble, which differs radically from the old Longford stone, being magnesian in character, whereas the old stone had a high calcium content.  The new stone was uncovered only two or three years ago, although its presence had been known to a few of the old workers.  It lies from three to twel e feet below the floors of the old quarries and elsewhere is covered by twenty five feet of the flat lying high calcium limestone that forms a bluff along the shore of Lake St. John.  In all a thickness of seven feet is available but only the upper two beds, 32 and 36 inches thick have been quarried. One larger is buff in colour and the other part pearl grey.  Though it has been on the market only since 1933, Rama stone is already well known in the cut-stone and marble trades in Canada.  It was used for exterior facing of the new head office of the Imperial Bank of Montreal and also for exterior trim in the post offices at Weston, West Toronto, Georgetown. Brussels, Cannington, Burk’s Falls and Kingston.  As a polished marble Rama stone is used in the Montreal postal terminal building, in the post offices at Notre Dame de Grace (Montreal), Fort William and Guelph as well as a number of buildings in Toronto. Stone cutters say that Rama stone is relatively hard, but it works well under gang saws, rotary saws and planers.  It takes sharp arrieses and weathers well.  Its even texture and pleasing colour also render it value as a medium for sculpture.

Backed by ample capital and equipped with modern machinery, the Longford quarries seem destined again to develop into a flourishing industry.  They will use considerable electric power, which is supplied by Orillia through the rural district.