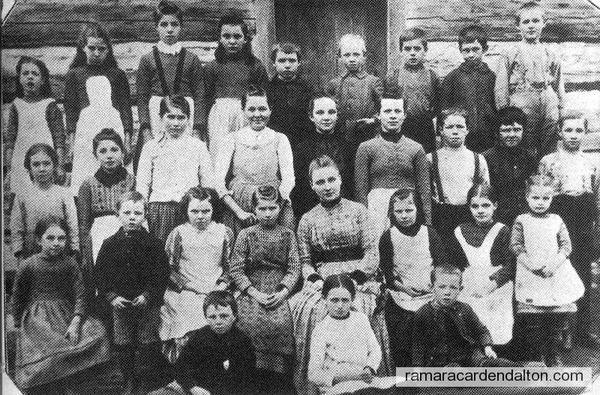 To a reasonably large number of people, the name Longford Mills still manages to conjure up an image of giant slabs floating lazily down rivers and across lakes, until they reach a hot destination in the Longford ovens.

What a false picture this image supplies!  All surrounding rivers and lakes are free of their timber cargo. The ovens have long been dismantled and removed to a quieter resting place and no longer can wood alcohol or charcoal can be purchased from the plant. In fact the days of the Longford Mills lumbering plant are history, almost 20 years in the past.

Most of the same buildings are still standing but now the house giant pieces of up to date machinery that are continually working overtime in an attempt to meet the great demand fo liquid detergents and carboxel a water soluble agent used in the production of innumerable products.

Yes, the modern housewife would have cause to grumble if the Longford plant and its counterparts were to shut down. The number of industries that use carboxel is fantastically high and as regards liquid detergents, it is a known fact that they are rigidly ousting soaps for all  markets throughout the world.

They were first used in Germany, due to a shortage of fats in central Europe back in the early thirties but were not manufactured in Canada until the end of the Second World War.   Starting only in 1945, manufacturers of liquid detergents have seen their product rapidly overhaul the sale of soap and it is estimated by 1960, detergents will control 70% of the market for cleaning goods.

This makes the Longford Mills plant an extremely important one in the country and possibly the greatest asset to Central Ontario.  It is a branch of the Dominion Tar and Chemical Company, a concern that has 51 plants throughout Canada, including building products plants, tar plants, chemical plants an salt mines.

Longford Mills first found its way onto the map back in 1895 when it became a lumbering plant.  The timber was floated down the Black River and its tributaries into Lake St. John where it received a gentle push from a small steamer built especially for that purpose.

The plant had its own small gauge railway for the transportation of lumber and a glance at a photograph taken in the 1920s from the water tower which is still standing shows that the Mill was completely self supporting with a hotel, an arena and small houses or its employees.

Main products were charcoal, acetone and wood alcohol and progress continued until the early 1930s when Canada was hit by the Depression and the plant was forced to work spasmodically up until 1939.

That year saw the world at the commencement of the Second World War, but at Longford Mills the situation was a little different with business beginning to pick up again.  Production demands began to pour in and everyone was busy until 1943 when the plant was forced to close down.

At the end of the war the plant lay dormant.  In 1946 however it was decided the plant should be used for the development of different types of chemicals, so a great deal of remodelling was undertaken, one of the main renovations being the removal of the old lumber ovens and alcohol stills.

The following year the Standard Chemical Company obtained dome Swedish patents for methyl cellulose and as the Longford Mills plant was not being used at that time, the firm decided to produce the good s there. Carboxel was new to Canada, although it had been previously been produced in Europe and the U.S.A. and even at the present time Longford Mills is the only plant that produces a refined grade.

In 1951 Chemical Develoments of Canada, a division of D.T.C. obtained a German patent for liquid detergents and as had been the case four years previously, the Longford plant was found to be available so more industry was pushed there.

That was the beginning with both sections now coming under Chemical Development of Canada Limited. Itself part Dominion Tar Company, production especially in the liquid detergent field, is progressing in leaps and bounds.

Around fifty people are employed at the plant, many of them being direct descendents of the pioneers of the old lumbering mill.  Most of the old houses and other buildings have now disappeared but others have taken their place.  It is very interesting to note that many of the present employees also own small farms, whereby they insure themselves of a living to go alongside the income they earn at the plant.

Three shifts are operated at the factory with round the clock work progressing for six days most weeks but occasionally only five. The total time worked by a single employee at the moment is a 44 hour week.

Most of the raw material products are shipped into the plant by tank truck and tank car and this method is also used along with a cargo of large drums to send out the finished products.  As is the case with most machinery inside the factory, many of the tank trucks are constructed of stainless steel, a great improvement over other makes seed on the highway every day.