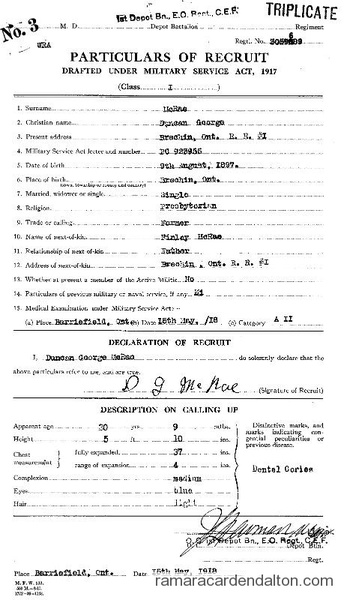 Over four hundred fire fighters with assistance of two bulldozers, rushed from Toronto and Peterborough were required to bring under control a fire which started in the ranch land belonging to Hawton and Bagshaw of Beaverton, in the district adjacent to the Kirkfield lift locks in Carden Township. The fire got out of control on Friday afternoon and an urgent call for help was sent out to the surrounding municipalities and district and four hundred volunteer helpers soon gathered from different places. A contingent went from Beaverton taking along a supply of hose and the fire engine. A swath of two miles of Flames swept northward. The situation looked hopeless until the arrival of the bulldozers, when they cleared a wide firebreak ahead of the flames, slowing up the blaze and practically bringing it under control. Later in the night, a heavy rain shower put out the remainder of the fire and removed any danger of further outbreaks.
Hundreds of cattle out on the ranch for grazing raced ahead of the flames but it is thought none of the cattle were lost. Several buildings in the vicinity were threatened for a time but no damage is reported. All fences in the path of the flames were consumed.

{t is said that there were hard feelings between some of the families in Carden because someone had the “foresight” to remove all the wooden hand pumps from the windmills on the property so they wouldn’t be burned. When help came to try and get water, they weren’t able to pump from the windmills because they had no handles.