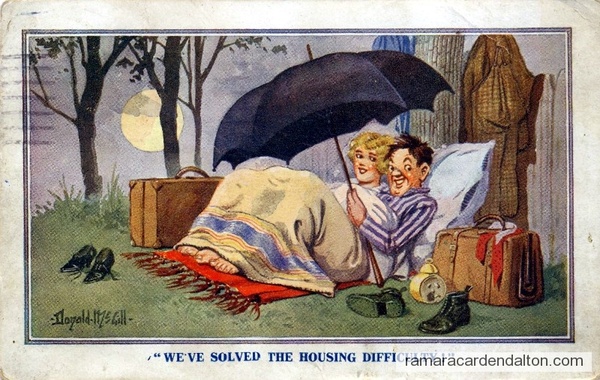 Men Who Built Original Church Tear It Down

While in town last week, Mr. Charles Jarrett, of Dalrymple, dropped into the Packet office, as he often does for a “crack”. Mr. Jarrett fell reminiscent over the Dalrymple Methodist church, which he recently assisted in tearing down after having built it 39 years ago. Mr. Jarrett recalled that, when he came to Dalrymple in 1864, there was no resident Methodist minister. He was one of those instrumental in arranging for the appointment of the Rev. James McClung, father-in-law, by the way, of Nellie McClung, author of “Sowing Seeds in Danny”. At the end of the first year it was found that $75 had been raised for his salary, so a picnic was organised, the first in that district.
It is worthy to note that not a buggy came to that picnic—because there was not one in that neighbourhood. Some came on wagons, and some in boats, but the majority on foot. The services in those days were held in the schoolhouse, first a log building, and afterwards frame. But after nearly 20 years the Trustees got the idea that the schoolhouse shouldn’t be used for religious services, and told the Methodists they must find other quarters.

So it was decided to build a church. This was during the pastorate of the Rev. George Carpenter, lately of Rama, who helped to raise the funds. The church was built and dedicated in the Rev. Mr. Calvert’s time. The contributions were partly in lumber and shingles, as well as cash. Mr. Jarrett himself undertook to build the church, and did so from foundation to steeple, including part of the material, for $600. Five cents was then as hard to find as $5 now. Mr. Jarrett recalls that he had to borrow the money for his own contribution at 8 per cent. It is this building which is being torn down, to make room for a brick clad church, with stone basement, and Mr. Jarrett, still vigorous at over four-score (he celebrated his eighty-first birthday last Saturday) is assisting in the operation.

The present parsonage was built the year after the church was completed, and cost $1,900. It was the Rev. John Lawrence, (who also was afterwards stationed at the Rama Reserve) who was instrumental in having a parsonage erected. He told the people he wasn’t at all particular as to whether they built or not, but if they didn’t he would arrange to get a house in Orillia, and drive out to his work. The people were afraid they wouldn’t see much of their minister is he live in Orillia, so decide to build. It was quite an undertaking to erect a church and parsonage in a country place in successive years in those days.