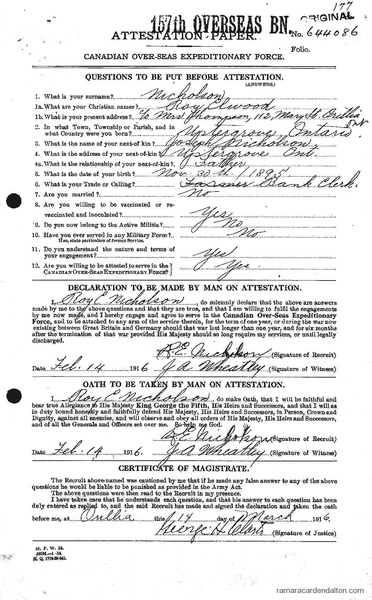 AS Told By Frank Fizgerald–

Michael & Catherine’s McNulty’s daughter Margret married Bill Dillon. Her brother Bill had a hired hand named Henry Miller. Dillon didn’t like Henry Miller and he hit him in the back of the head with an axe and killed him. The court was held at William McNulty’s farm and when they asked Dillon if he knew the man, Dillon said that was no man, he was an idiot. Dillon was sentenced to the Whitby Psychiatric Hospital and died there.

Note: One Of Five or two I’ve heard?????????
The one I heard –Miller was kneeling on one knee splitting kinling beside the well.Dillon came down over ther back of his head with an axe—Same result