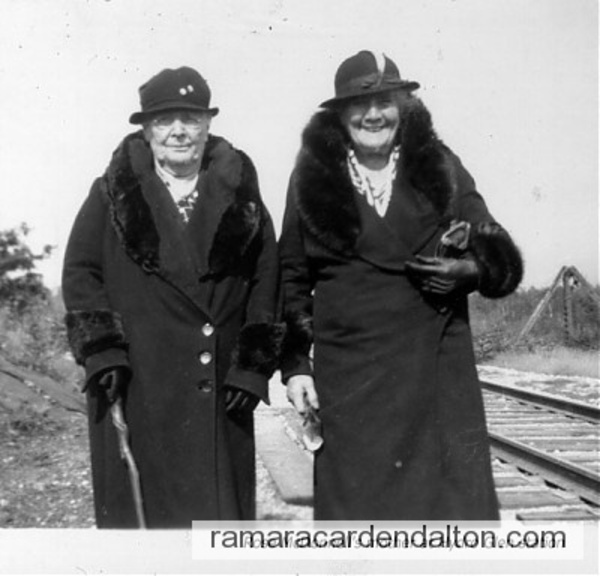 The following paper on the History of S. S. No. 7 Mara, was written by Miss Catherine Fox, of R. R. No. 1 Udney, for the March meeting of the Udney Women’s Institute on Historical Research.Rmcd.com

Although this School Section No. 7, Mara, was one of the first in this Township to be settled by white men, there were six school sections organized before its inauguration. According to tradition the two Irish settlements, Dungannon and the Connaught settlement to the east formed one section, with one teacher only, although they each had a school building. The school master (or school mistress) taught in each settlement on alternate days, and the old log school house in Dungannon was used until the year 1880.

Some time previous to that date (Dungannon) seceded from the Connaught Settlement (now S. S. No. 9), as did also Lawrence’s School (S. S. No. 8). Before these three sections were divided the teacher was paid for his or her services, including board and lodging. They lived at the different homes of the pupils at no expense to themselves. Besides proficiency in the three R’s, some diplomacy was very necessary to meet this situation. rmcd.c

In 1879 commenced the construction of our somewhat ornate white brick structure(Dunnganon) which with some alterations and improvements is still in good condition. The plan of this school building was with a view to the segregation of sexes. The teacher had a platform in front of the room, no desk, only a long table with two long drawers, and an old fashioned wooden chair. To his right were the desks for the girls, and to his left sat the boys. Between them was a large cast-iron stove which the boys kept filled with logs. The blackboards were painted on the plastered walls, but the paint wore off and gradually slate boards were introduced. In this Hall of Learning (Dungannon)were sixty pupils, sometimes more in the winter season when the farm lads and lassies had no other occupation to engage in. When a class was called for recitation a line-up extended across the entire room, and the teacher needed to be more than alert to keep the undivided attention of each individual scholar. The following are the names of teachers who taught at No. 7 for varying periods of time:–

Those who acted as Secretary-Treasurer were John Fox, John McIntaggart, and Maurice Fox.

The readers which are used nowadays seem more suitable for juveniles than those in the earlier days. When we finished the A. B. C.’s and reached the Second Book, (now Grade III.) we mourned over the loss of the Babes In The Wood. Some of us were moved to tears over their sad fate. When we were promoted to the third Book (now Grade V), we read about more tragic events, The Loss of the White Ship, while crossing from France to England with the only son of King Henry of England on board. The Heroic Serf, who was devoured by wolves while travelling in Russia, in winter time. More romantic but still very sad, was the poem about the drowning of Lord Uilin’s daughter. Nowadays the readers are more instructive and interesting for children, an improvement on the serious gloomy literature we perused in our early years.

In these days there is very little if any, absenteeism on account of epidemics. We used to think we just had to have chicken pox, scarletina, measles, mumps, & etc. These are all prevented now to a great extent, as well as the more serious diseases, through our efficient system of medical inspection. Much improvement has also been made in the sanitation of outbuilding. More consideration is shown for the comfort as well as the health of all the children.

Even during the most severe weather of this past winter the average attendance at our school was well kept up. Parents realize that when their children reach their destination they are safe, comfortable and happy for the remainder of the day.