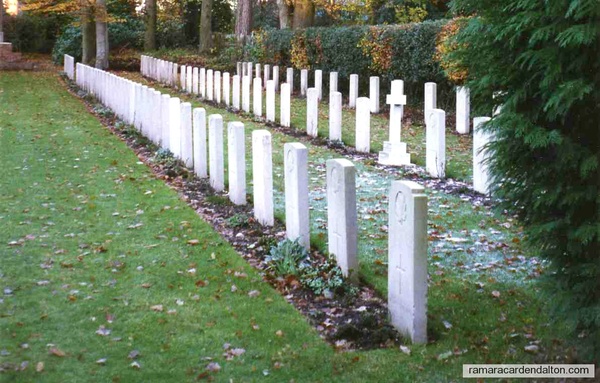 MARA AND THE WAR

While it must be admitted and deplored that Mara has not contributed to the cause of the Empire, either in money or men, as well, or nearly as well as the municipalities which border her; and while the people of Mara are being subjected to harsh criticism both from without and within, for the apparent lack of interest in the history of the Empire. I consider it only just to those patriotic men and women who have endeavoured by word and example to awaken Mara in a crisis so momentous in the to a sense of her duty, and also to those who have listened to and answered the call, that a certain amount of publicity be given to what has actually been accomplished.

Rural Municipalities in general have not shown that enthusiasm which exists in the larger cities and towns, and the reason is that they have not the means of stirring up the public that are found where the people are congregated together. Deeds of self-sacrifice are spread like wild fire in the larger centres of population. The return of the invalided soldier or the departure of the volunteer is heralded by a display which excites enthusiasm but the contribution of the individual in the country districts, either in money or in person, is unmarked and often unnoticed. The patriotism of the rural townships does not develop into enthusiasm because it lacks publicity, and I believe that if as much were said of what has been done as what has not been done, the results would be more fruitful. Therefore the writer purposes to set forth some of the work that has been accomplished by the Township of Mara, and at the same time to appeal for further assistance along the same lines.

There was practically nothing done in Mara during the first year of war. It is true that a few of the Mara boys enlisted in the first contingent, but only a few, and in so far as I know there is no record of any money being contributed. It must be admitted that during that year there were no recruiting meetings held throughout the township, and Mara, likewise, was not visited by any of the leading public men and women who travelled from place to place organising patriotic societies setting the people to work, and what is more, to think.

At the beginning of the second year of the War, recruiting meetings were held, and conditions improved slightly. A few offered themselves, and it was hoped that many others would follow the lead, which hope is being partly fulfilled. More will be said later in regard to the tangible results of these meetings.

But other and even more important results followed. The establishment of Red Cross Auxilliaries at Brechin, Atherley, Uptergrove, and Udney showed a growing interest in the struggle. It would be an injustice to the young ladies of Brechin, not to say that they had organised their Club before any campaign was waged. They were the pioneers in the patriotic work undertaken by the Township. Personally. I think the young ladies of Brechin are to be admired for their originality and perseverance. By establishing a lunch room during the summer months, when no other accommodation was available, they supplied a need and at the same time made a considerable sum of money, which was augmented alter by patriotic concerts managed solely by the girls. The work so ably started by the Ugo-Igo Club of Brechin was rapidly taken up by the sister organisations of Atherley, Uptergrove and Udney, and all four vied with one another in the amount of work accomplished. As a result, the Red Cross Auxiliaries of Mara, in the four months that followed their organisation, collected in money and material over one thousand dollars. They are still working, and I have no doubt their returns will increase rather than diminish as time goes on. Let us hope so, because we must remember little has been accomplished in comparison with what has still to be done. Thousands are bleeding at the from for you, and the least those who cannot go can do is to provide comfort and care for their suffering friends. Remember it costs a thousand dollars to train, equip and place each man in the firing line, and every life that is saved means one more Canadian soldier to return to his home and friends, a thousand dollars saved in money, less taxes and greater prosperity after the war.

Later, on Trafalgar Day, in response to an appeal made by the British Red Cross Society, the Township Council donated a thousand dollars, which will compare favourably with donations from municipalities of equal population. Here again a good start has been made but we should not forget that the need increases daily and so should our contributions. It is worse that madness to declare that Mara has already done her share. It is only fair to say that she has started, but it must be considered only a start. The farmers of Canada last year had done of the largest crops ever harvested, and enjoyed good prices–war prices–and any man that will profit either through produce or munitions is a traitor to his God, his country, and himself. I venture to express the hope that we shall hear from the Township Council and individual contributors from time to time.

The Belgians had happy homes and fertile farm lands but these were utterly and wantonly destroyed by the German hordes and now their women and children have to depend upon the charity of the world for their maintenance. Surely the farmers of Canada., will not grow rich at the expense of war-stricken Belgium. While they hunger and starve, can we sit complacently by and profit by their distress.

Mara’s recruiting record is not so good as it might be, or should be, but here again, a start has been made. Mara’s honour roll, which is presently herewith, contains the names of forty-three men, whom the writer personally knows to have enlisted since the beginning of the war. Some have already been in thickest of the fight others are in England, and others training in Canada. All honour to those who have enlisted, but there are many others who should go yet. Forty-three is more than Mara is usually given credit for, but there are a hundred more men who could as easily go as those who have gone. Why don’t they enlist? Unfortunately many have not even considered it yet. They turn a deaf ear to the appeals that come wafted across the ocean from the Motherland, persecuted Belgium, and their own Canadian soldiers.

Men of Mara, arise in your might and strike an avenging blow against a people who have torn up treaties, trampled under small nations, destroyed churches, murdered old men, assaulted defenceless women, and mutilated innocent babes. This is the nation that wishes to rule the world. Are we going to let them? That depends upon the response to your country’s call. The need is great and it is urgent. One hundred men today may be as effective as a thousand next fall. Come and come now, and as time goes by you will never have cause to regret it. Then, in the years to come, when your children and your children’s children, read the story of the greatest war that ever was fought, both in regard to the principles at stake and conflict itself, and they ask you what part you played in the gigantic struggle, you will be able to reply with just pride “I wasn’t one of the first to go, but I went, thank God, I went.”