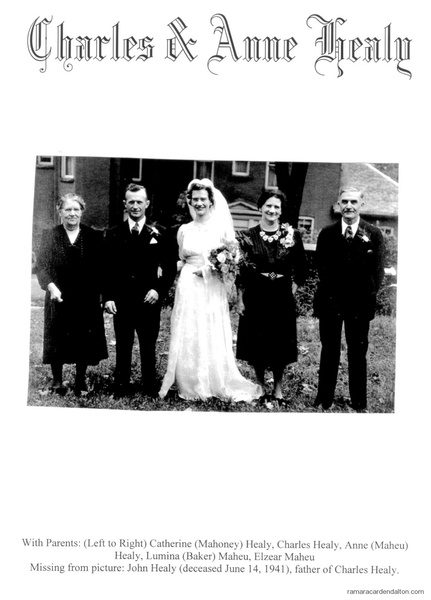 the following article appeared in the Lindsay Post, Nov. 4, 1864

This locality was the scene of probably the most violent hurricane which has ever occurred in the memory of the eldest settler.

The storm commenced about seven o’clock on Thursday evening, the 6th, inst., blowing a furious gale from the South-West, and gathering strength in its course across Lake Simcoe. Showers of rain and hail fell at intervals during the fury of the tempest, which lasted for nearly an hour. The whole earth was enveloped in impenetrable gloom, except when lit up for a moment by a flash of lightning. In fact you could not discern an object within a few inches of the face; and the glare of the lightning only served to render everything more indistinct and invisible. The frequent and loud claps of thunder shook the very earth. Houses rocked perceptibly and the plaster fell off the walls in many places. The scene was awfully grand and impressive—I might add, solemn. An immensity of damage has been done to the small skirts of woods which fringe the clearances, and answered the double purpose of a sugar-bush and a protection from the cold north winds.. These patches of woods have in a great many instances, been completely destroyed. Fences are levelled with the ground, and weeks will not repair the havoc done to them.

In the Indian village of Rama some five or six houses are completely demolished. The Rama Methodist Church(a very pretty structure, and an ornament to the village) was blown off its foundation. The spire was literally broken into fragments; part of the belfry, with the bell, was carried by the force of the wind nearly a distance of 200 yards. During the period of the most severe portion of the gale, a gust of wind blew the swing of the Narrows Bridge open, thereby rendering the passage of the bridge extremely dangerous. It is very fortunate that the danger was discovered in time, or in all probably it would have been the occasion of great loss of life.
Courtesy of the Barrie Advance.