“Dead Man’s Penny” This plaque is known as the “Dead Man’s Penny”. It is a piece of military memorabillia that has a sad history attached to it. The heavy, bronze, coaster-sized medal was given after World War I by the British government to families who had sacrificed a loved one during the War. It was meant as a token of appreciation, but because it resembled a British penny, many people considered it an insult, as if their loved one’s life was worth only a penny. Some families even returned the plaques to the King. They are now regarded as a rare treasured family heirloom. This medal was given to Ann Fountain, the mother of Henry Fountain, who died in 1918. It has been passed down through the years to her grandson Jack Fountain, Hamilton, and now resides proudly with his widow Velma. Keywords: submitted by Velma Fountain [12/141]
Second medal in posessionof Ron Barnes –Washago 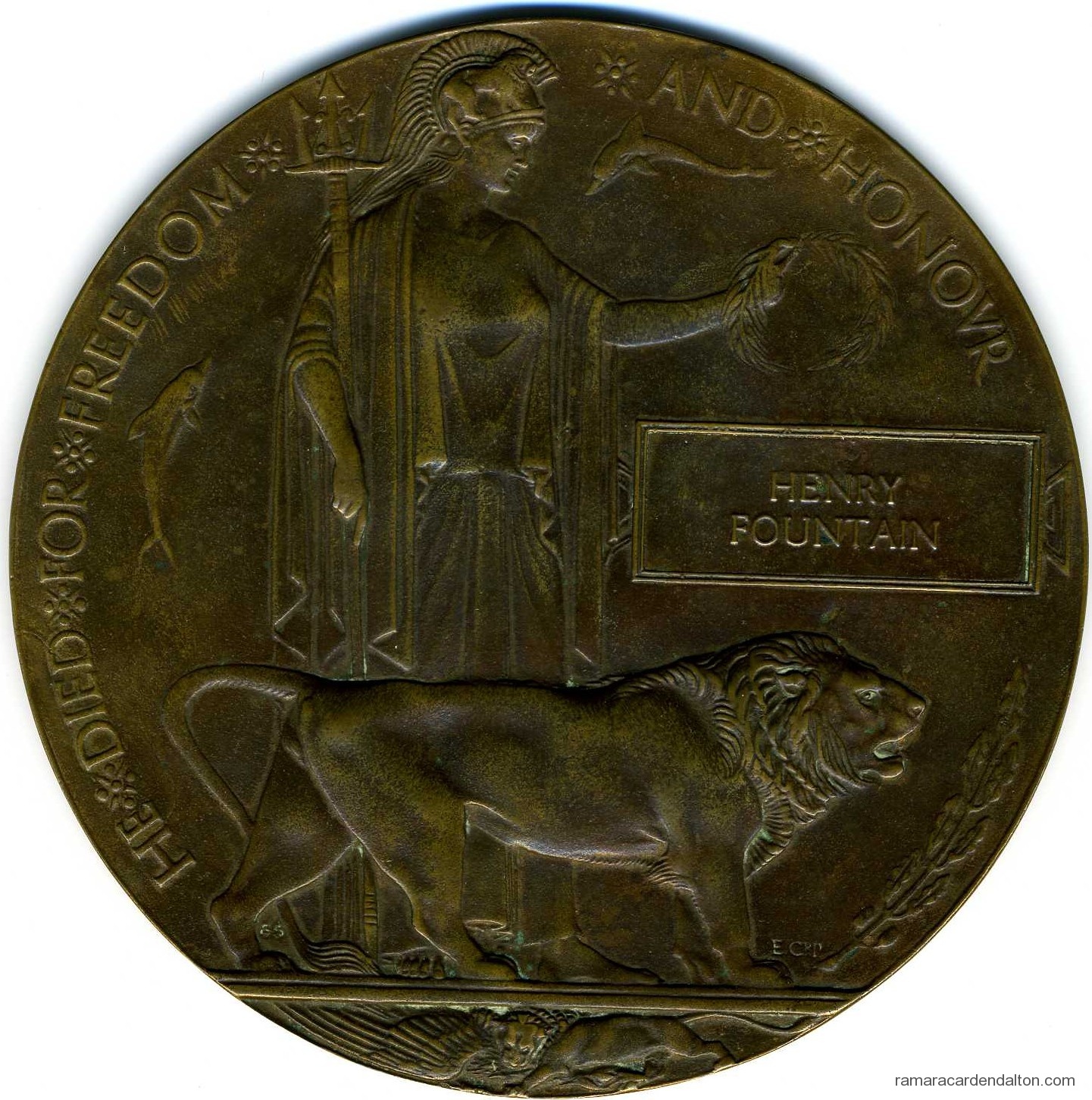