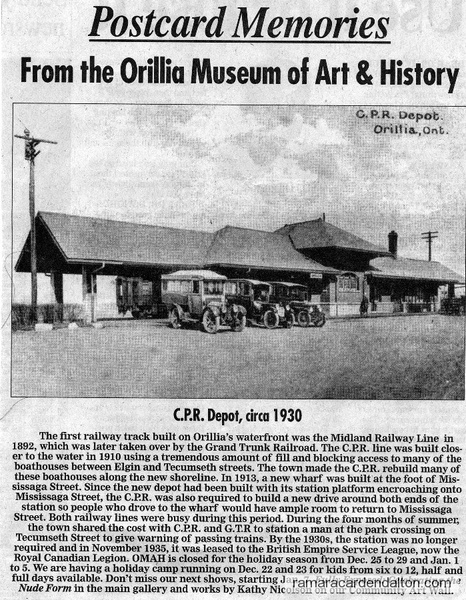 Article submitted by the Mulvihill Family

The passing of Old Timers Recalled by Former Resident.

Mulvihill–Recently Thomas Mulvihill, for many years postmaster at Uptergrove, died. Mr. Mulvihill was widely known. He was an active enterprising man, whose pleasant jovial nature combined with his fluency of speech and fifty years residence at Uptergrove made him an outstanding figure in the Township. He was the village blacksmith for thirty years, when he gave it up and embarked in the grain business, first at Atherley and later both Atherley and Uptergrove. All public questions claimed his attention and frequently he took an active part. Politics, municipal matters and the regulation of the waters of Lakes Simcoe and Couchiching were with him live topics. He was a good neighbour. His long and sober life had a wholesome affect on the neighborhood. Uptergrove is scarcely Uptergrove without him. Mrs. Mulvihill died shortly after her husband.