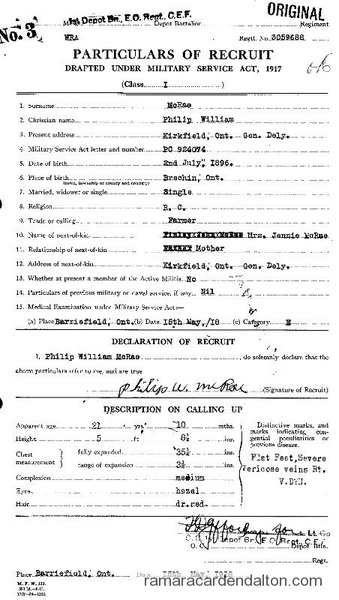 The first of the school fairs of North Ontario was the Rama Township fair, held at Longford on Thursday, September 8. It was not quite so large as it had been on some other years, but interest in the exhibits and the various events was keen, and a particularly fine day helped to make it a successful affair.

Most of the classes in the exhibition were smaller than usual partly because seeds this year were not supplied by the Department, and partly because of the short time for preparation since the opening of the school. So far as the quality was concerned, however, everything was up to the mark. The pies and cakes were particularly good, and there was an improvement in the school lunches shown. In the fruit classes the quality was a little better than usual, and considering that Rama is not a potato district, the potatoes shown were very good. The largest of the classes was that of the mixed flowers, which was very good indeed. There was a good showing of school work, but the seeing class was exceptionally small.

Kathleen Lawrence, of Longford, won a first prize with her dog in the pet’s class, and Anthony Fyke’s kitten came second.

The school’s marched and went through the Strathcona drill, and there was a chorus of “O Canada”, Longford school also gave its school yell in fine form.

Mr. W. M. Croskery, the Agricultural Representative, was present, and conducted the afternoon’s programme. There was an interesting harmonica contest won by Herbie Howell, of Longford school. All of the contestants were from the same school, and Gerard Watson came second, Vincent English, third, and George Robinson, fourth.

Mr. T. R. Ferguson, Public School Inspector, presided for the recitations and the public speaking contest. There were two recitations, one about “Things a Girl Doesn’t Know”, by James Lawrence, of Longford school, and the other, “The Land of Wink”, by Bruce McRae. James Lawrence was awarded first place by the judges. In the public speaking contest, Francis O’Connor, of O’Connell school, came first with a speech on forest protection, and Kathleen Lawrence, Longford, was given second place with hers on the Welland ship canal.

There were short speeches by Mr. Croskery, who spoke of the good quality found in most of the classes with the exception of poultry, and by Miss Brownscombe, who spoke of the exhibits in the domestic science section. She was particularly pleased with the quality of the cakes and pies. Mr. H. V. Binkley spoke of the vegetables and roots, showing samples of good and poor specimens and explaining how to select them.