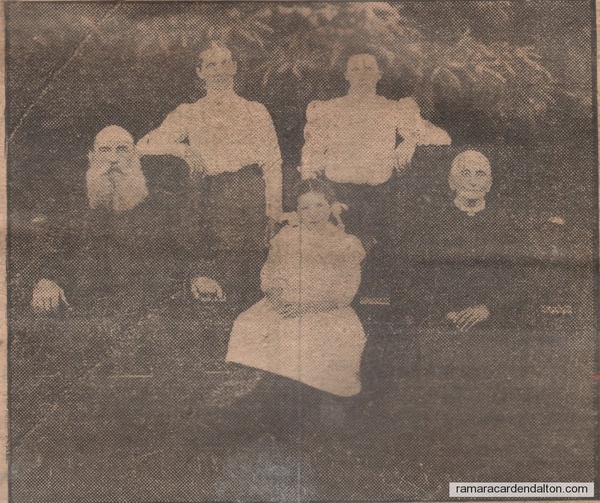 Published December 4, 2020 | By Admin
Orillia Times August 1906
Udney
Thomas McDonald, the most popular cream collector for Newman Brothers has retired from his situation and contemplates migrating to the north.
Orillia Times May 26, 1907 Rathburn
The artistic and massive butter factory which has been undergoing erection for the past six weeks is nearing completion.  It makes a great boon to this locality.  And will greatly lessen the slavish work of churning butter and peddling to the limited retailer.  The patrons will also receive a higher price for the butter as Newman Bros. manufacture only first class articles..  The cream is gathered, manufacture and put upon the best wholesale market for the small cost of 4 cents per pound.  Newman Bros. prepose giving a free picnic at the opening of the factory, in the course of a couple of weeks.
Orillia Times, June 20, 1907
The picnic held at the opening of the creamery here on Thursday, was without a doubt the greatest event in the history of this place. Great enthusiasm  was shown in every event of the day and the only complaint was that the sun set too soon. The orators, as well as the athletes, displayed great ability.  Mr. William Newman was chairman and the right man was in the right place.  The chairman, the man that looks like Sir Wilfrid Laurier did about thirty years ago, delivered, with strong voice and silvery tongue, a speech which was well-fitting to the occasion and was followed by spirited addresses from Messrs. J.M. Mitchell, Superintendent of Kingston Diary School, N.G. Summerville of the Dairy Commissioner’s staff, G.A. Gillespie, director of E.Q.D.A., H.B. Cowan, editor of the Canadian Dairyman, D.E. Mckenzie, formerly butter maker at Beaverton and Rev. D.R. Clare of Atherley.  The Speiran Brothers orchestra furnished high-class music and the program closed while The Maple Leaf Forever was being played.  Mr. Cleaveley ex-Reeve of Rama, moved a vote of big thanks to all participating in the big day’s program and at 6 pm the large crowd gathered around tables spaciously set under beautiful blossoming fruit trees of Mr. Newman’s picturesque orchard. After indulging in a sumptuous repast, the Rathburn and Udney football sports played a fast and furious game resulting in a tie, neither side scoring.  The winners of the athletic sport were as follows: 100 yard dash, 1st J. Duffy, 2nd, S. McDonald, Time 11 seconds: Standing Broad Jump, 1st Mike Morris, 2nd S. McDonald, distance 9 feet 1 inch: Hop-step and jump, 1st S. McDonald, 2nd Joseph Duffy, distance 36 feet 3 inches:Putting, 17 pound shot, 1st J. Clark, 2nd S. Speiran, distance 38 feet 2 inches.
Todays Featured Photo