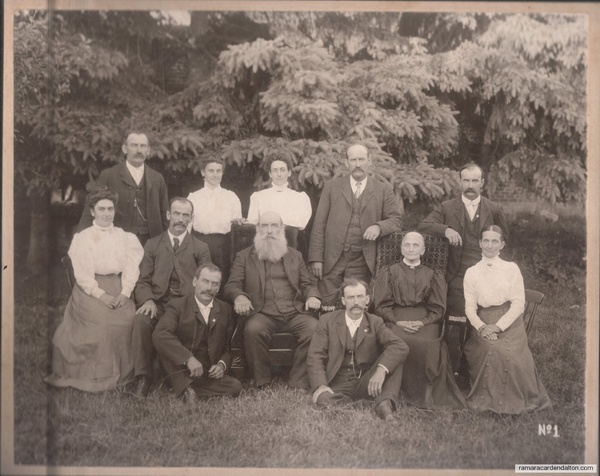 Thanks to Frances Laver –Carden researcher

ONTARIO PLOUGHMEN’S MATCH A HUGE SUCCESS AT RATHBURN
43 TEAMS AND 4 TRACTORS COMPETE ON FARM OF ALLAN GELATELY. LARGEST MATCH IN THE HISTORY OF NORTH ONTARIO

The Association has on several occasions suggested that the annual match should be held in the Northern Township, but they had no assurance that the ploughman of the southern townships of North Ontario would journey so far to take part

The trucks made it possible for entrants from Uxbridge, Scarborough, Woodville and other distant points to come

Forty three teams and four tractors took part and made the competition keen.

Ploughing took place on the farm of Mr. Allan Gelately at Rathburn  The soil was suitable, the fields level, free from stone and some excellent ploughing was done . The horses were quite above average. At the presentation of the prizes in the evening Mr. A.E. Wilson of Port Hope said he never saw the land more nicely ploughed than was done that day and the horses which won prizes were two outstanding teams, well fed and outfitted.

In the evening a banquet was held in the dance hall at the corner of the Fair Valley Road and the Monck Road,in Rathburn

The junior match in Udney a week before had helped the big match. James McLean a gold medalist had coached the boys. There were three classes in the contest and for boys from 22 to 25, stubble 18 to 21, stubble for boys 17 and under. In the first class 22 to 25, the prize winners were Earl McCuaig, Edgar Mangan and Ralph Yates, 17 and Under Francis Barbour, Sherdy Mangan, Jack Murphy, Byron Thomas.