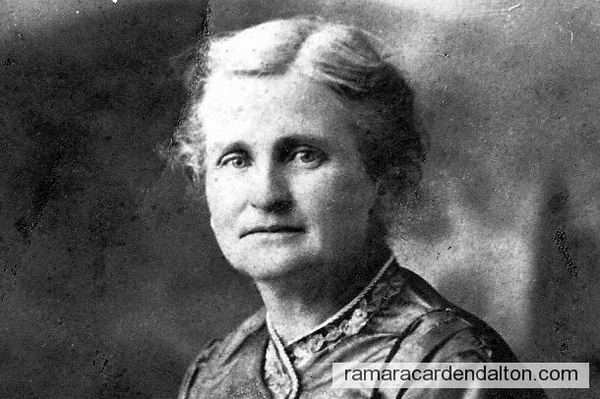 A close knit rural community that time forgot has come back to life for a handful of old timers, thanks to a couple of new signs proclaiming its existence in Ramara.

“When I first came here, there were two stores,” said Helen Smith, who moved with here husband to a Monck Road farm in Rathburn more than 50 years ago.

Rathburn is still on Ontario maps but somewhere along the line, its sign disappeared along with its train station, creamery, sawmill, dance halls pool room, post office, stores and blacksmith shop, which once stood along the Monck Road between Highway 169 and the Rama Road.  “That’s All gone, ” she said.

Ron and Alison Johnston who own and operate the Century Stone Inn, Rathburn’s only business, financed the effort.

But Rathburn wasn’t always Sleepy.  On July 4, 1907, the Orillia Packet reported the opening of Rathburn’s creamery as a “gala” day for the community.

“A short time ago, a delightful afternoon was spent by a large number of people at the creamery erected by Messrs. Newman Brothers..  The visitors came from 15 to 20 miles  to the north, south east or west to celebrate the opening day picnic and a good time generally.”  Founded in 1872, the post office was also important receiving mail for Sebright.

For John Morris, 79, the post office has special significance.  It was his family’s store and his birth place.  “I was born in that place right there,” said Morris, pointing t a photograph of the old building during an interview at his Orillia home.  Morris said the post office/store, which changed hands more than once, was a social hub where residents picked up their mail, bought groceries, had a few drinks and played cards.  .We had dances and card parties at each other’s houses,” said Mrs. Smith.