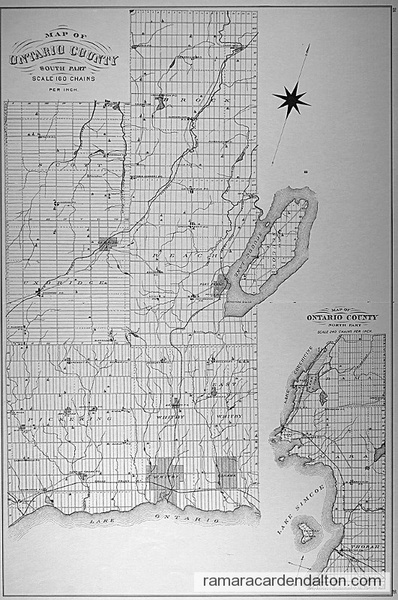 The townspeople learned with shock on Saturday morning of the sudden death of Mrs. William Thompson, wife of the President of the Longford Lumber Company. Many had not heard of her illness and not even those who had been with her, anticipated for a moment a fatal result.  She had been attacked by influenza ten days previously but up to Wednesday evening, when congestion of the lungs supervened, her illness was not thought to be serious. ON Friday evening she was rather worse and a consultation of physicians was held. Still, although somewhat alarmed, no great apprehension was felt. On Saturday morning, about 8:30, her sister Mrs. Owens, who was with her while the trained nurse was getting some rest, noticed a change come over Mrs. Thompson’s face.  She hastily summoned Mr. Thompson, who reached the bedside only in time to have his wife pass away in his arms without a word.  Failure of the heart’s action was the immediate cause of death. When the fact became public, it created a profound sensation and deep regret, not only in Orillia but throughout the district and indeed nearly all over the Province, Mr. and Mrs. Thompson being very widely known and having friends in all parts of Ontario. Mrs. Thompson was in her 33rd year. She was the second daughter of Mr. James Haw and was born in Port Hope in 1866 and was married to Mr. Thompson eleven years ago.  One son, Howard, a bright boy of eight years survives her.  Mrs. Thompson was a true friend of the poor and all of those who were in trouble and none will mourn here more sincerely than the many who have benefited by her bounty. She delighted, in conjunction with her husband, in evolving and carrying out schemes for the relief of those in need and in giving pleasure to those not blessed with more than the bare necessities of life.  At the same time her charity was most unostentatious and few knew its extent.  The bereaved husband, to whom she was deeply attached, and sorrowing father, who has been called upon to suffer the loss of a son and daughter since the New Year, have the deep and heartfelt sympathy not only of a large circle of friends, but of the whole community.

The funeral took place on Tuesday and was large and representative.  The service at the house was conducted by Rev. Dr. Gray, the Rev. Canon Greene and the Rev. R.N. Burns B.A. From Longford Villa, the body was taken to the railway station, whence it was conveyed by special train to Longford Mills for interment in the family burying ground at the Memorial Church.  A large number of friends accompanied the mourners, returning by the 4:40 train.  The pallbearers were Mr. George Grant, Orillia, Mr. James Playfair, Midland, Dr. Grant, Gravenhurst, Mr. Allan McPherson, Longford. Mr. Oliver, Toronto, and Mr. Alex Leishman, Woodstock. Many representative men from a distance attended the funeral, including members of nearly all the leading lumber companies of the Georgian Bay district.  The floral tributes were probably the most numerous and beautiful ever seen at an Orillia funeral. Among them were a wreath from the Y.M.C.A., of which Mr. Thompson is President, a magnificent creation, Gates Ajar, from the Skillings, Whitneys & Barnes Lumber Company of Ogdensburg NY and a broken column from their agent here, Mr. H.J. Bartlett, and a pillow from the Sanatorium at Gravenhurst.  The last was a touching tribute to the grateful and kindly feelings and esteem which Mrs. Thompson had inspired in the hearts of the patients at the Sanatorium during her residence at Gravenhurst last summer.