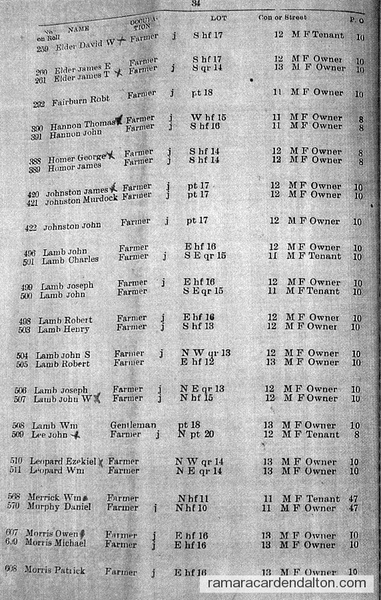 After an absence of over three years, Pts. Richmond Dewell arrived home at Uphill on February 28. He enlisted with B. Co. 109th Battalion C.E. F. February 1916 and was afterwards transferred to the 44th with which battalion he saw active service in France. After being wounded several times he was sent to England where he spent several months in hospital.

He left Rydll, Wales, en route for Canada February 18th, arriving at his home in Uphill on the above mentioned date. A week later a very enjoyable time was spent when a large party of friends from Uphill and vicinity gathered at the home of the young soldier to welcome his return from overseas.

One of the features of the evening was when Pts. Dewell was made recipient of a presentation, the following address being read.

We, your friends and neighbours have met together this evening to welcome back again to our midst one who willingly answered the call of duty to serve his country in the cause of Right, as a soldier.

We heartily appreciate the services you as a soldier have rendered in the risking life and limb and health in the service of Our Country to aid her in protecting the cause of freedom. Many of us here tonight have known you from boyhood, Richmond and we are proud of you lad, proud that you so loyally responded to Canada’s Call To Arms and proved yourself a brave, loyal patriotic son of The Land Of the Maple and The Home of the Free. As a token of our grateful appreciation for your services as a soldier, we ask you to accept this purse as a tangible proof of our good wishes.

Signed on behalf of your friends,