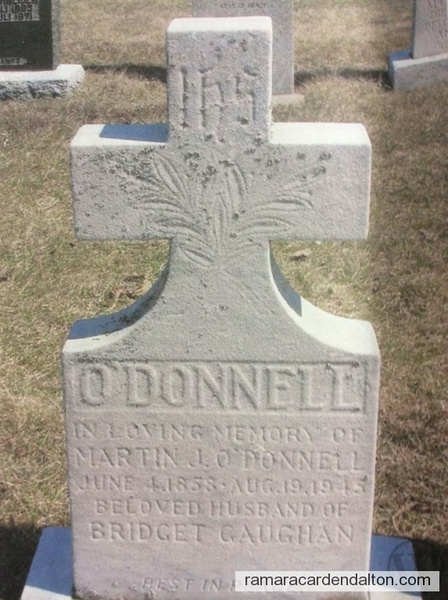 THE FIRE IN DALTON. MARA AND RAMA

Lindsay Post September 16, 1881
THE FIRE IN DALTON. MARA AND RAMA

.
A letter dated from Sebright, September 12, 1881 says. The bush fires have been raging for the last month in this vicinity, but until lately have done little damage beyond the destruction of timber. About two weeks ago however, they began to assume a serious aspect, and some hard fighting was done to save the mill belonging to Mr. M. Revel, and the building of W. Barnes and A Reid. These were several times on fire but the strenuous efforts of the neighbours succeeded in quenching the flames. A few days later the fire appeared behind the building of Mr. C. Taylor and he and Mr. W. Campbell were endeavouring to prevent it running across the fields, a tree fell on the later, striking him between the shoulders and knocking him senseless to the ground. The parties who were watching the barn at once rushed to his assistance and carried him to the house. They had no sooner done so than the barn caught fire and burnt to the ground. W. Campbell lies in a precarious condition and little hope is give to his recovery. He subsequently died.
These catastrophes were small, however compared to those of Wednesday. Altogether a day which will long be remembered by a great many of the settlers of Rama and Dalton. A strong gale sprung up in the morning and continued with unabated fury during the day. In the forenoon there was little perceptible increase in the fires, but soon after noon a dense smoke was observable towards the northwest, which continued to increase until the very light of the sun was darkened and the surrounding objects assumed a yellowish hue. At a distance of two miles the roaring flames and the crashing of fallen timber could be distinctly heard. In an almost incredibly short space of time the fire reached here. Its appearance as it swept through the swamp to the north of the clearing was something terrific and altogether beyond description. Sheets of flame waved above the trees licking the tops of the tallest pines. The roads formed no barrier; tongues of flame reached across them and fired the trees on the opposite side. The settlement to the north was completely shut off , in fact each individual settler was imprisoned in his clearing, shut off from escape or help, had there been any one who could have left his own place to render such. Mr. Peter Barnes fought hard but unsuccessfully to save his buildings but besides having to contend with blinding smoke , he had little water. House, barn, fences, his cattle, sheep and pigs were burnt. It was only by sprinkling themselves with water when they caught fire that they saved their own lives. They lay in a field all night, scarcely able to breathe and blinded by the smoke. The horses saved their lives by closely following their master and lying down beside him all night.
Mr. J.D. Gray’s was almost a parallel case. His family lost everything except the clothes they wore. Rumours reached here during the evening of the burning of a Mrs. McDonald and her son. As their clearing was completely shut off by the fire, the authenticity of these reports could not be ascertained and much anxiety was consequently felt..