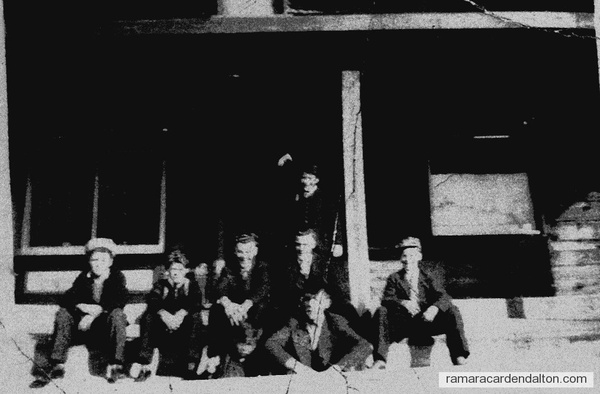 Carden Township —- Some history and facts.

Location:
On western border of Victoria County bounded by the townships of: Dalton to the north, Eldon to the south, Bexley to the east and Ramara, in Simcoe County, to the west.

Geological Features:
The area is mainly comprised of layered limestone with varying depths of sand and loam soil cover, with much of the rock exposed or barely covered. The Pre-Cambrian Shield intrudes into the northern edge of the township, being most noticeable along the northern shore of Lower Lake Dalrymple.

Geographical Features:
Lake Dalrymple (Upper and Lower) (originally known as Lake Kechebedobegoog, then long called Mud Lake) joined by a Narrows, lies in the northwest corner of the township with the water flowing north into the Head River,thence through the Severn system into Georgian Bay. The Trent Canal and the Kirkfield lift-locks are on the southern border, as is the north shore of Canal Lake. A small lake, Cranberry Lake, exists in the southwest corner of the township. Thousands of acres of flat grazing land comprises the middle section. Cameron Ranch, the largest, has more than 3000 acres. Many acres are covered with second-growth forest. The Carden Alvar has become known and appreciated in the past few years.

Government:
Carden has a Reeve, Deputy-Reeve and 3 councillors. The township office is now located in the Carden Recreation Centre.

Churches:
Dalrymple – First church (Methodist) built in 1883. Present church built in 1922. An addition was built a few years ago, providing running water for a new kitchen and washrooms. Work has begun on an annex to provide wheelchair access and a new heating plant.
Victoria Road – Roman Catholic Church built in 1874.

Communities:
The hamlet of Victoria Road straddles the boundary at the south-east corner of the township. The community of Dalrymple lies along the eastern shore of Lower Lake Dalrymple.

Roads:
County Road #6 (formerly Highway 503) traverses the township from south to north. Concession roads and side-roads serve other parts of the township.

History:
In 1830 a team of surveyors was sent into Carden Township, but turned back believing it not worth the effort of a survey. However, in 1855 the township was laid out in 10 concessions from west to east and 25 lots from south to north. In 1861 Carden was one of the townships to form Victoria County. In 1865 Carden and Dalton joined and remained together until 1887. Apparently suggested by Sir John Colborne, Carden was named for an English captain John Surman Carden (later Vice-Admiral) who served with Colborne at Corunna in 1809.
About 1870 a postal clerk’s name – Dalrymple – replaced the name of Upner Long. Before the arrival of white settlers, First Nations tribes camped and fished on the shores of the lake and older residents remember finding arrowheads and clamshells in the schoolyard.

Schools: Carden
S.S.#1 (known as Whalen’s School) was created in 1861 to serve the area around Rohallion, near Canal Lake. It was closed in 1947.

S.S.#2 (Red Brick School) was established in 1862 to serve the southeast corner of the township. The area was predominately Roman Catholic and in 1955 it officially became a separate school, serving until 1967.

S.S.#3 (Mud Lake) was in operation by 1865 or slightly earlier and became a union school with Mara Township and remained in use until 1967.

S.S.#4 (Dalrymple) was built in 1865 (previously schooling had been provided by Mrs. Joseph McCracken in her home) and was in use until 1967.

S.S.#6 (Sylvan Glen) was created in 1864 to serve the southwest portion of Carden and remained in operation until 1967.

Since 1967 children have been transported out of the township (and out of the county) first to Uptergrove and latterly to Brechin. Secondary students have always had to leave the township for their schooling – at first boarding in Orillia or Lindsay, and since 1946 being transported to Orillia.

Business Activities:
Beginning in 1874 residents near the lake have augmented (sometimes scanty) farm in comes by catering to tourist. Excavating of gravel and sand, and cutting of first growth timber, and now second growth timber are other activities. Many residents work in factories and stores in Orillia.