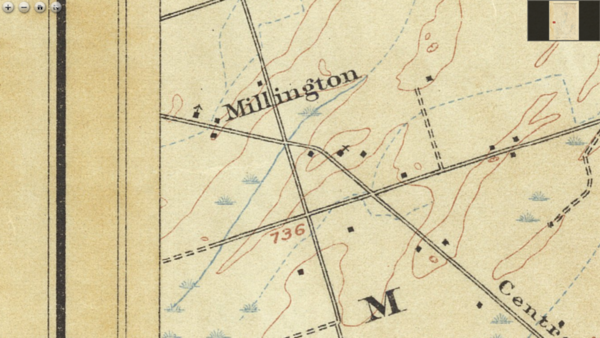 The first Church was a frame structure on Lot.3 Con. 10 under the present hydro line on the Victoria Road the first cemetery was also there .Presently there seems to be no record of either

Our Lady Help of Christians
This material provided to the Carden website by Fred Sprager. It has since been edited to suit this history

In the year 1615, it is recorded that the first white man passed through this territory, This man was Champlain.

The first white settlers were the Fitzgerald family in 1832 making his way through the bush over Indian trails with wagons and oxen.

From the time of the first settler until the establishment of the Diocese of Peterborough in 1882, a period of almost half a century, Catholics formed a considerable portion of the population of this area.

As this territory became more settled , the first records of a Priest coming here are of a father Farelly from Lindsay, who came out at irregular intervals, probable on week-days and had stations where he offered mass and administered the Sacraments in the homes, at Hafer’s one mile north of Victoria road, at O’Connor’s about three miles north of Victoria Road, at Crimmon’s and at Reid’s in Digby.

Father Farelly was followed by Father Stafford, who came out from Lindsay also, and for about three years, attended the stations of his predecessor. Then a log building and later a frame building, about one and a half miles north of Victoria Road, was used and mass was offered at regular intervals. The“Victoria Road” was a colonization road built in 1863, dividing the townships of Bexley,Laxton and Digby from the townships of Eldon, Carden and Dalton. It ran from Mariposa in the south to the northern limits of Longford.

In 1874, father Stafford undertook the building of the Church in the Victoria Road village. A building lot was presented to the Parish by James McKey. The parishioners were not blessed with much of this world’s goods, but most of them pledged themselves to contribute $50.00 towards the building of the Church. One parishioner, Michael Burns, not being able to produce the cash, dug and stoned the well, which was still in use in the early 1940s.

There are no further details recorded of the building of the Church in Victoria Road, except that the value of the Church and land was set at $2500.00, which probably indicates the initial cost.

At first, the Church was heated with stoves, but some years afterwards in Father Bretherton’s time (1890-1894), a basement was excavated and a furnace installed. A sacristy behind the main altar was added in father O’Sullivan’s time (1902-1919).

The territory which was to form this Parish consisted of seven townships in Victoria County.—Carden –Eldon—Bexley-Dalton—Digby– Laxton and.

Father Connelly followed father Stafford. He left the parish a memento in the form of an altar railing which was the work of his own hands. His immediate successor was father Fitzpatrick and then came Father McEvay. Father McEvay was Parish Priest of Fenelon Falls and also attended Bobcaygeon, Victoria Road and Galway. He was in charge at the time of the formation of the Diocese of Peterborough in 1882. Prior to 1882, the county of Victoria was part of the Diocese of Kingston. In 1882, when the Diocese of Peterborough was formed, Bishop Jamot moved from Bracebridge, which was then his headquarters for northern Ontario, to Peterborough as its first Bishop. Bishop Jamot visited Victoria Road for the first time on January 10, 1883 and on that occasion he confirmed 76 children. Father McCloskey was ordained in 1884 and was assistant to Father McEvay at fenelon Falls. He began attending Victoria Road from the Parish to Fenelon Falls.

On November 4, 1884, Bishop Jamot visited Victoria Road for the second time. On this occasion he blessed the new cemetery, which was about one half mile north of the church. It had been bought by Father McEvay from Mr. W.J. Chirpaugh. The bodies from the old cemetery near the frame church (west side of Victoria Road under the hydro tower), were moved to the new cemetery.

On June 8, 1885, bishop Hamot again visited Victoria Road, accompanied by Monseigneur Laurent of Lindsay. He paid tribute to the work of Father McEvay, who was present with his assistant Father McCloskey. On that day, Victoria Road was elevated to a parish and Father McCloskey was appointed their first Pastor. It was decided that a house for the Priest should be built immediately and a piece of ground in front of the church was purchased from James McKey. A contractor from Peterborough was engaged and he received five dollars a day. This was an exorbitant wage for the times according to the records. For the six months it took to build the house, Father McCloskey lived in a house of Mrs. Connelly’s south of the church.

When Father McCloskey took up residence in Victoria Road in 1885, he began to keep parish records in Victoria Road, which up to that time were kept in the register of the parish from where the priest came. The first baptism registered in the Parish register is that of James Charles Bowin, baptized on June 7, 1885. The first marriage was that of Eric Gozelle and Catherine McAlpine on June 7, 1885. The first death and burial was that of James McLauglin on September 10, 1885. The first confirmation list on June 8, 1885, contains 49 names, The youngest of these was 10 years old and 19 of them were between 20 and 30 years old.

Father McCloskey had regular stations at Frank Reid’s in Digby,at Patrick McCarthy’s near Mud Lake(Lake Dalryimple) in Noth Carden, at Mr O’Donnell’s on Lorneville which was later changed to Mr. Butler’s in Lorneville .These stations were used for regular mass but weddings,conformations and burials were at the Victoria Road church

Father McCloskey considered building a church in Digby because there were a great many families in that area. Stone was drawn for the foundation, but the church was not built. The heap of stone is still piled on the lot selected for the church.

Bishop O’Connor visited Victoria Road in October 1889 and administered confirmation. He also visited Kirkfield and inspected the church that was under construction.

‘Our Lady Help of Christians” continued to be the principle church of the parish until the late 1940’s when Father Cleary moved the headquaters to St. John’s church in Kirkfield to be near the Separate school and the Convent