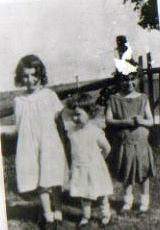 AGRICULTURAL AND MINERAL RESOURCES OF MARA

The following letter to the Editor, appeared in the Tuesday September 11, 1877, edition of the Globle.
The writer paints an interesting picture of farming in the Brechin area, however, it appears the purpose of the letter is to seek investors in a proposed mining operation to “make the region one of the richest in Canada”
Read on…

To the Editor of The Globe

Sirs— In passing through the township of Mara I have seldom seen a better yield from the harvest fields; not only in this country, but in the fertile fields of the West. The wheat crop is very heavy, and a few who have already threshed their grain are more than satisfied with the bounteous returns with which Providence has blessed their labours. Indeed, in comparison with last year, it may safely be said the yield is fully fourfold. The Heavy rains which have occurred throughout harvest have in some instances caused a slight damage to grain while on the ground, but not sufficient to injure the market value of either spring or fall wheat, though it may be that the barley crop is slightly discoloured.
In going to Beaverton the other day I noticed a field of wheat—the heaviest I have seen in any country, and I have considerable experience in jogging along through life—which was slightly lodged, partly from its own weight, partly from the wind and rain, and which had to be cut by scythes and sickles—the reapers not being able to go through the standing grain. Men, women, and children had turned out in order to save this splendid crop in consequence of a threatening sky, and the scene reminded me more of the busy harvest fields of years gone by, ere the reapers appeared, and displaced the merry laugh of the happy harvesters with the whirr and birr and noise of the “Modern Iron Harvester.” Although the rains have been very heavy and frequent, and the people are divided as to whether to throw the blame upon the “Meteoric Tice” of the West, “Old Probabilities” of Washington, or our own Vennor, still the law of compensation holds good, and the land is now in fine condition for fall ploughing, and the farmers are taking every advantage of it, and the “probabilities” at present are that a much larger area of land will be put in crop this fall than in any previous year.
The hunting this year is excellent, and the numerous lakes which abound north of Lake Simcoe, and extend all through the Algoma district, Make this region a perfect paradise for the sportsman. Mud Lake, three miles from Brechin, is swarming with ducks, and from its proximity to Toronto, with excellent local accommodations here and in the immediate neighbourhood, it is a wonder more of our Toronto sportsmen do not take a run out here for a few days. It is much more convenient than the rice beds of St. Clair, or the Bay of Quinte, and the hunter is not confined to one class of game. Woodcock, partridge, snipe, pigeons, and other small game are plentiful, and offer a pleasing variety to the heavier though not less exciting sport of “toiling” to within gunshot of a flock of ducks.
Apart from the farming business carried on here, another excitement is now swaying the people, and that is the discovery of a vein of what is said to be argentiferous galena. It was first discovered in digging a well in rear of one of the hotels, and a company has been formed, headed by some Orillia gentleman, who are now prospecting under the direction of Mr. Burnett, P.L.S., and have already sunk down about fifteen feet, with very flattering indications. The strain in which the vein runs seems to be the Lower Silurian, judging from the many petrifactions which mark this rock. Arsenical copper and iron pyrites are freely interspersed throughout the rock, and the galena seems bedded in a crystalline limestone, with calc-spar, rotten stone, and a light-coloured frinble quartz rock, but as yet I have seen no indications of blendo. From two or three specimens I have seen, and fro ma rough miners test, I should say the indications are very good; but I think the galena will be only a secondary consideration, as the presents in all rocks of nickel-bearing character, indicate the presence of this metal. I may be wrong in my estimate; but when the time comes Prof. Chapman will set me right. At present all it wants is a small amount of capital, intelligently directed, to make the region one of the richest in Canada. They have not as yet struck a true vein, but are working on a branch or broken lead and as the work progresses, knowing your interest in the development of this country, I will keep you posted.
Brechin, is a small village, situated on Point Mara- running out into Lake Simcoe—in one of the finest agricultural districts in Western Canada. It is on the Midland Railway, the station being about a mile from the lake shore. The village owing to its situation, is rapidly improving, three new houses being in the process of erection—one by the postmaster, Mr. Bernard, a store and tenement house by Mr. Foley, and one by Mr. Orr. Although all eyes are centered on the mine—and doubting Thomases are not a few—the inhabitants of the village are determined to make the place advance on its own merits, while accepting with thankfulness the gift of a paying mine.