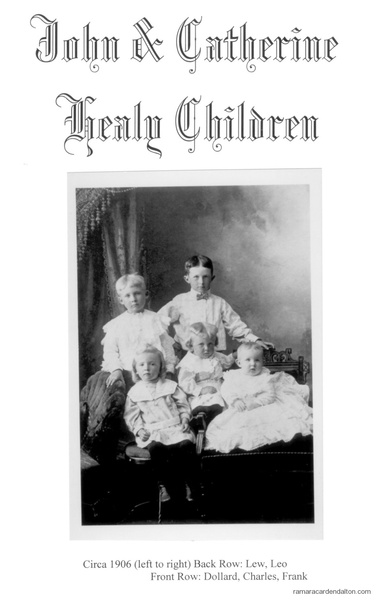 Sebright – Once known as Lake Kechebedobgong and later called just plain Mud Lake, Lake Dalrymple is a popular cottage and resort area which is a busy place during the summer

A narrow strip of water into Upper and Lower Lakes divides Lake Dalrymple like Lake Couchiching and Lake Simcoe. Indians fished and trapped there long before white settlers arrived.

The first pioneer, Solomon Thompson, arrived by canoe from Beaverton and landed on the shore of his future farm. He built himself a lakeside cabin back in that pioneer era to which he brought his bride, Lodice Day in 1860.

The first white baby born in this area was Lucretia Thompson, daughter of Mr. and Mrs. Solomon Thompson.

The early hardships faced with courage marked the lives of the Thompsons. They cleared their own farm and tapped maple trees for the valued maple syrup and sugar.

Mrs. Thompson’s life was busy with all the pioneer tasks to do with soap and wool making.

Spinning and knitting of socks, mitts, mufflers and sweaters took precious time. Sewing family clothing by hand, often in the evening by candlelight, was another task that was performed.

Some of those early skills were demonstrate at Pioneer Celebrations held at Lake Dalrymple over 25 years ago. In commemoration, a committee of three, Miss Myrtle Graham, Mrs. Grace (Doug) Deverell and Mrs. Margaret (Garnet) Stewart published a booklet containing photographs and interesting stories about the pioneer era.

Now one of the popular cottage areas, Avery’s Point honours William Avery, who moved her from Cannington after purchasing the land from Mr. Thompson. Part of the transaction was building a barn and it was so solidly constructed it stood almost a hundred years until it was dismantled in 1955.

Joel Day, twin brother of Mrs. Thompson, also was among the early pioneers.

Like the Thompsons and Avery, Mr. Joseph Deverell worked hard to clear his land. He too at first lived in a log home built by him. A stone fireplace provided the heat.

He built a frame barn in 1878 with further additions added later. A red brick house was built in 1890.

John Chrysler was 55 when he went to Dalrymple in 1856, accompanied by his eldest son, John. In their early years, they specialized in cultivating potatoes. These were taken to Uxbridge and soon there was a brisk demand.

John and Isabella Bailey McCrackin, natives of Northern Ireland, acquired their farm from Isaac Mills of Muskoka who had obtained it earlier from the government in 1873. It was recorded they once travelled by ox-sleigh through a trail of dense bush in Holland Landing.

Like most of the pioneer, McCrackin grown grain then was transported to Bolsover where it was ground into flour and porridge meal.

Joseph McCracken was another pioneer from County Down, Ireland, who went to the Lake Dalrymple area after landing at New York. The voyage across the Atlantic in 1858, took the sailing vessel 13 weeks.

Up and until 1870, Dalrymple residents were dependent on messenger service for mail. Letters received cost six cents and were most welcome as they usually contained news from distant friends and relatives.

The first Dalrymple post office was opened in 1870 with Mr. and Mrs. George Jarrett (Mary Buchanan) in charge. The Jarretts moved to this area in 1863.

ONCE UPNER
At first Lake Dalrymple was called Upner but this was changed to the more popular name which it remained.

People from Sebright used to walk to the lake and travel by boat to get their mail.

William Avery became the postmaster in 1875 and served in this capacity 25 years. IN 1898 he saw the penny postage introduced which proved so popular.
Mail from Dalrymple post office was picked up three times a week and taken by horse and buggy to Brechin where it was sent by train. Rural mail delivery started in 1815.

Albert Day of United Empire Loyalists parentage, was one of five brothers to settle in Carden who sowed wheat. Robert Irwin arrived in 1862.

Log homes were the rule in the pioneer era, just as they were in Orillia and throughout the entire district.

John and Jane Fox, son Samuel and his wife Mary Ann, their bay John and the youngest son George, came to Dalrymple from England. After arriving in Toronto, they proceeded to Holland Landing by train and there by boat to Beaverton. A horse and wagon took them to Bolsover. It is said they waked to Dalrymple from there.

There were as many as 70 pupils seated on wooden benches and writing on long slanting desks along two walls.

In 1873, the Graham brothers built a frame school. The original cost was said to have been $700 in an era where money was scarce.

The Dalrymple Orange Lodge dated back in 1870 with George Jarrett, the first master. Members walked from Sebright, Sadowa and as far away as Bolsover, to attend meetings in that era.

First bridge at the Narrows joining upper and lower lakes was an old floating type held in place by piers. In 1913, a cement bridge was built with steel railings on piers.