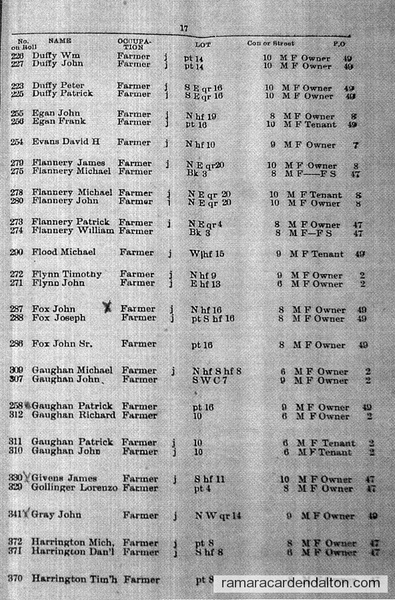 This particular copy of Carden Schools was given to us by Mr. Wayne Teel
The hand written name on the front page is William H. Teel
Mrs. Margaret(Thasher) Stewart and Miss Lillian Holder compiled the original information. That book is available at the Carden library
Mrs. Francis(Fox) Laver is now in the process of updating that book and adding some pictures.
Miss Angie Hallett converted our copy to computer format

The first mention of School section number six in reports was in 1864. It was the fourth section opened in the township. The teacher in this report was Mr. Hugh C. Graham, address Balsover, now spelled Bolsover. In the records at Archives, Toronto, the section was again reported in 1867, the teacher still being Hugh Graham. James Bartley was the local superintendent in 1867.
The story of this section was made much easier, by the acquisition of well kept registers beginning in 1912 (still in the school) and of secretary’s books carefully kept by Mr. E. Eastcott, and from an exercise undertaken by the pupils of the present school, under the direction of their teacher, Mrs. G. McCrackin in 19??. This is reproduced almost in full below.
Rainy days or dry days,
Warm days or cool,
All the days are good days,
When I go to school.

Hard tasks or easy ones,
Large sums or small,
With a bit of patience
We will get them all. (Composed by Gr. 2)