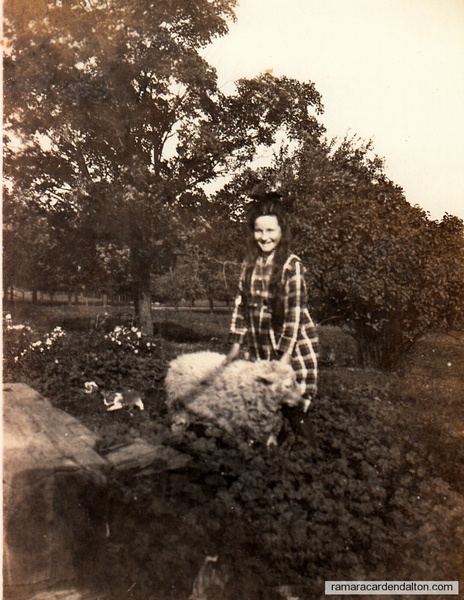 Severe icing and storm conditions which cut visibility to nil at times, failed to daunt pilots Cliff Lewis, 45, and Paul Foster of Orillia.

Mr. Lewis who first touched down on one of the floes with a light Aeronca Champion, picked up Basil O’Donnell, 33 of Brechin about 2 p.m. and continued to shuttle the men across two miles of open water to the mainland on a private airstrip near Gamebridge. When he found a stronger stretch of ice, he contacted pilot Paul Foster in a Cessna 180 overhead, who then touched down and picked men up, two at a time.

Both pilots had to beat the ice off the wings after each flight before returning to the floes. Touchdown on skis was often affected by using the plane’s side window for a view of the ice below.

Brechin OPP Sgt. Ray Williams lauded the pilots’ heroic efforts and said: “Had it not been for them, the men would still be out there”. He noted the floes were in danger of breaking up.

Mr. Lewis, a veteran pilot with some 4,000 hours to his credit, said afterwards, that although he had not been involved in mercy flights of this nature exactly he had not been too concerned to land on the floe of ice with the light plane but: “icing conditions were the worst I have seen”. He commented “These lads were plenty happy to see us land.” Mr. Lewis during his 11 years as a pilot in Orillia has been involved in numerous searches and rescues.

On the floes were Charles Shier, Basil O’Donnell, Gordon Hopkins, John McFadden, all of Brechin; James Hill, Gordon and Peter Mitchell and Robert Bulloch of Beaverton, Ed Peconi Jr. and Allan Nichols of Woodville and Orville Barkley of Orillia. A twelfth man, Peter Teer of Beaverton made his way ashore near Thorah Island where one floe touched the main body. This, however was about 10 miles from Brechin.

Close to 20 fish huts went down during the break-up early Thursday morning. Fishermen were forced to abandon at least one truck and two or three snowmobiles.

A Toronto radio station helicopter arrived after the last man had been brought ashore. RCAF Trenton failed to get a helicopter aloft due to ice conditions.

Constant radio reports from CFOR – Orillia kept the men informed of the progress being made. Most of them had transistor radios with them. Most of them said they felt “a little queasy” for a while, but were not really scared. Some were preparing for another night on the ice when the plane touched down.

Gordon and Peter Mitchell of Beaverton were wearing only light jackets when they were rescued; then others were wearing regular winter clothing.

Orillia – With nothing to do during the 24 hours that the trapped fishermen endured, some just continued fishing.

Well-stocked with food and fuel, those who were rescued Friday afternoon had no worries at all in the entire time that they were stranded on the ice floe.

Most of the men remained inside the safety of their huts and very seldom ventured outside into the wind and snow which at times changed to freezing rain.

At one point the ice floe had drifted nine miles out into Lake Simcoe, but when they wee retrieved they were only about two miles from shore. All of the huts were originally about one quarter mile from shore. Changing winds pushed the ice around the lake increasing the fears of rescuers on shore. Late Friday afternoon, about two miles of rough water lay between the huge ice floe and the mainland.

“I slept part o f the time I was out there,” Basil O’Donnell of Brechin, one of the first to be rescued told reports. While the ice was moving, he said, he tried “trolling” for fish. O’Donnell was rescued at the same time as Orville Barkley of 74 Bond St. and flown to a private airfield on Highway 12 outside Beaverton.

When Charles Shiers of Brechin stepped from the Orillia Air Services light airplane, he told reporters he had no worries at all during the entire time he was adrift. “I could have stayed out there a week,” he said. “I had lots of food and 10 gallons of stove oil.” Mr. Shiers said that he attracted the attention of pilot Cliff Lewis by burning oil-soaked garbage outside his hut. “What did you do while you were out there?” he was asked. “Eat,” he replied, “and catch fish.” He caught 37 white fish. The fish and Shiers snowmobile had to be abandoned on the floe for the rescue.

“I didn’t realize that the ice was breaking up,” O’Donnell said, “I heard the ice cracking, but along the shoreline that’s not unusual.” He could tell the ice was drifting when the fishing lines started to drag.

Despite the common ordeal which the men endured, many were unaware of who their neighbours were in the community of huts. “I didn’t even know Basil was out there,” Orville Barkley said.

Note: There should be a plague in Brechin