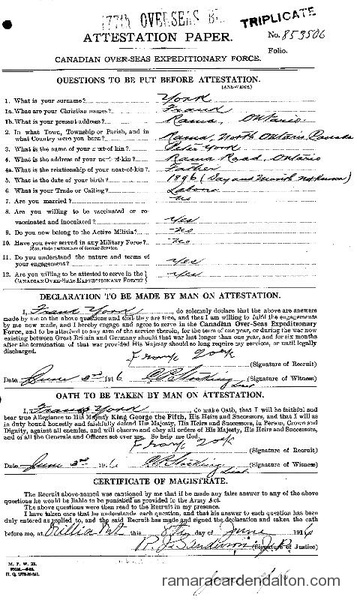 Townships of Mara and Rama

August 11, 1862
-Reeve Hewett’s seat was declared vacant as Reeve Hewett had absented himself beyond the time prescribed by Statute.
-*Council proceeded to elect James McPherson as Reeve.

August 23, 1862
-Andrew Dudenhofer was sworn to Council following an election held on August 20th and 21st, to fill the Ward 4 vacancy caused by the absence of D. G. Hewett.