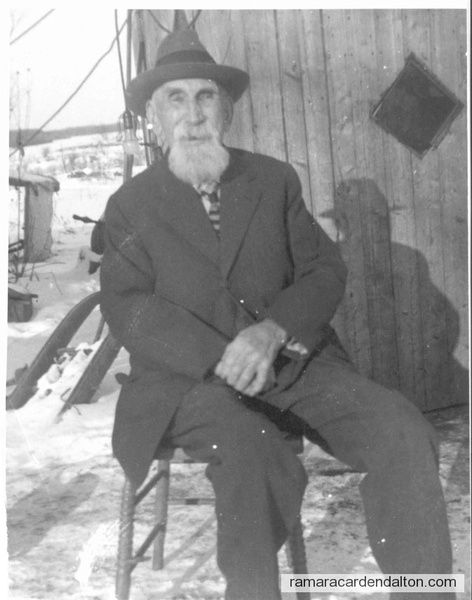 SOLDIER’S LETTERS OF THANKS

During the Great War, the community support in Rama & Mara was tremendous- local groups in places like Cooper’s Falls, Longford Mills, Atherley, Uptergrove, Udney, Sebright, and Brechin, regularly sent parcels to those from their area. (see the article entitled ‘DISPLAY OF CHRISTMAS BOXES- WW1 EFFORT’ in the Veterans Section)

Here are two examples of the many letters of thanks and gratitude, these groups received from the Soldiers.

From the Orillia Times- 19 July, 1918.
Pte. Tom Whetter, who went over with the 116th Battalion, wrote the following letter under date, France, June 16, 1918, to the members of the Women’s Institute at Brechin:
It was a pleasant surprise to me to find that the last Canadian mail, which came a few days ago, had brought a box of comforts from the kind ladies of Brechin, and I take this opportunity of writing a few lines to thank you. We certainly look forward from week to week to the days which bring the letters and boxes from far over the sea, and as we read the letters and share up the comforts of home, we seem to be lost, and our imagination takes us back to that happy land of maple, where we hope to be in person some day. I am sure if all you kind people could know how much we all appreciate your thoughtfulness which you show in a practical way, you would be greatly encouraged and know that your labour in not in vain.
Everything moves along just the same as before–here there is very little worth writing about, which would be of interest . The weather has been very fine all summer, a few showers about a week ago were certainly welcomed by the farmers to help along the grain and root crops, which are good, or even better than one would expect so near to the line and with all able bodied men engaged in the war.
We heard with regret that our former and original commanding officer, Lieut. Col. Sharpe has lost his life as a result of an accident, which happened on his way home. It seems too bad that such an honourable and brave man should be called away so suddenly. He was a good soldier, and friend to all those serving under him. Again thank you.
Tom Whetter

From the ORILLIA TIMES- Jan. 2, 1919.–Uptergrove– The Uptergrove Ladies Red Cross Auxiliary have recieved the following letter from Gnr. Jack Waldron.
England, Nov. 2, 1918.
I had the honour of receiving your parcel just the day before being hit, and wish to convey my deepest thanks to each of you. You can have no conception of how your gifts have cheered not only myself but all those who have shared them. I am sure you have also made many a cheerful moment for others who have been lucky enough to receive your parcels.
It is now all over, I hope , and although we are all thankful, there is a tinge of sadness even to the finish of it, when we think of the mothers whose sons will not come home. I hope none of you are among those who have lost a son or relative in the war and your boys will also come home. I am not seriously wounded so expect to be out of the hospital in a couple of weeks. this is my second time to be hit inside of two months. I just missed Blighty* the first time, but made it all right this time, and it is certainly good to see England again. Well, dear friends , as I have little news of interest, I will close now, again thanking you all. and wishing you all a very Merry Christmas and a Happy New Year. I have the honour to be your freind.
Gnr. Jack Waldron
* Blighty is an English slang term for Britan.