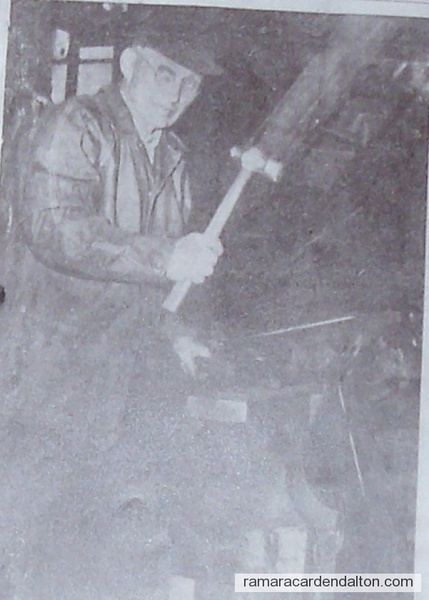 The following article appeared in the The Orillia Times, Feb. 17, 1919.

Two of Knox church boys have won decorations and promotions in the field of battle. Corporal Alex. W. Leith, son of Mr. Robt. Leith, won the Distinguished Conduct Medal (D.C.M.), on August 12, (1918) at Amiens. When Lieut. J. McCorkell was killed Corporal Leith took charge of the platoon. The shell that killed Lieut. McCorkell shocked him and he was in hospital until October 30. Then he re-joined his battalion in time for the wind-up at Mons. Sergt. Archie L. MacDonald, son of D. M. MacDonald, won the Military Medal at Cambrai. Soon after he went to hospital with trouble with his jaw. While there he gave some blood to save a comrade. He has since been in the hospital. The boys are cousins and joined the 116th and have been in nearly all the heavy fighting that battalion has been in.

a note to this article: The King approved the award of the D.C.M. to Cpl. Leith, — the following appeared in the London Gazette, issue 31128, 14 Jan. 1919– During the advance near Damery, on the night of 12-13 August, 1918, he showed conspicuous courage and skill in leading his men, in the face of great odds and heavy fire. He was in charge of a post when the enemy counter-attacked. He held his ground and inflicted heavy casualties, although many of his men had become casualties, and he himself had been blown up by a shell. He remained at his post and showed throughout an utter disregard for his own safety and great devotion to duty.