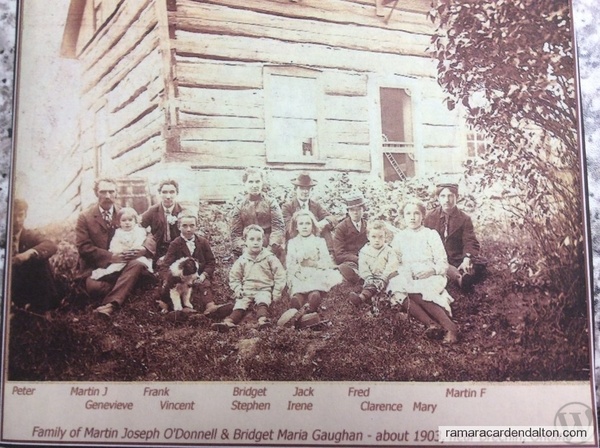 In many ways, the settlement of Mara Township and Brechin represented a triumph over diversity by people to whom adversity was no stranger.

In the early 1800’s the Mara area presented a number of obstacles to would-be-settlers, to the point where the area’s original surveyor gave up together. J. G. Chewitt, went to survey the land in 1821, & got halfway through. He decided that the land was not suitable for anything, and discontinued his work. Chewitt’s chain-bearer, Patrick Corrigan, thought otherwise, and it was he who stayed on, locating on lot 15, concession 7 in 1823 as the area’s first white settler.

The survey of the Township was eventually completed in 1836 by Robert Ross, who trudged through densely wooded areas and swamps to get the job done.

Ross was among a number of Scots who came to the area in the 1830’s, but the Irish, who arrived during the disastrous potato famine years ago in the 1840’s, came to be the predominant influence on the character of the area.

The immigration boom hit its peak in 1846 and 1847. One of the families which contributed greatly to the development of the area was that of Dominic O’Donnell, who arrived in 1846 and settled in the north of Mara Township. He named the area Connaught, after his ancestral home, and the name of the settlement eventually grew into the thriving mill centre of Udney.

O’Donnell later purchased an additional 500 acres of land six miles from where Brechin now stands at 25 cents per acre. O’Donnell’s son Michael figured prominently in the growth of Mara as well. He was involved in the building of the Centre Road (now Highway 12), which opened up the area for trade and commerce before the arrival of the railways. The Centre Road was completed from Beaverton to the Couchiching Narrows in 1857, and a stage ran along that route for many years.

Michael O’Donnell rose in public life in the area also, first as a tax collector for the then amalgamated Mara-Rama region, and later as a magistrate.

The McGrath family, who also arrived in 1846, made their influence felt in many ways. Son Pat McGrath was responsible for building the original Brechin Hotel, a log building which sat on the site of the present edifice, despite the fact that the centre of Brechin at the time was half a mile away. McGrath’s sister Cecilia was the first teacher in the area; she moved to Owen Sound for a time, where she met and married Thomas Roach. The Roaches returned to Brechin, where they purchased the hotel from Pat and raised their family in the building. The hotel was rebuilt as a frame structure, and eventually replaced by a brick building in 1898. It thrives to this day.

Brechin itself was founded in 1860 by Thomas Foley. He chose to name it for his wife’s home town, which was near Edinburgh. The original settlement became known as Brechin Station, because it was on a rail line. The name distinguished the area from nearby Brechin itself. By the 1870’s, Mara Township was a thriving area. There were four railways, carrying potash and lumber, serving the quarries, mills and farms. There was even a popular tourist centre in Brechin Beach on Lake Simcoe. A visitor, Eloise Skimmage, was so moved by the holiday atmosphere that she wrote a song about the beach in 1889.