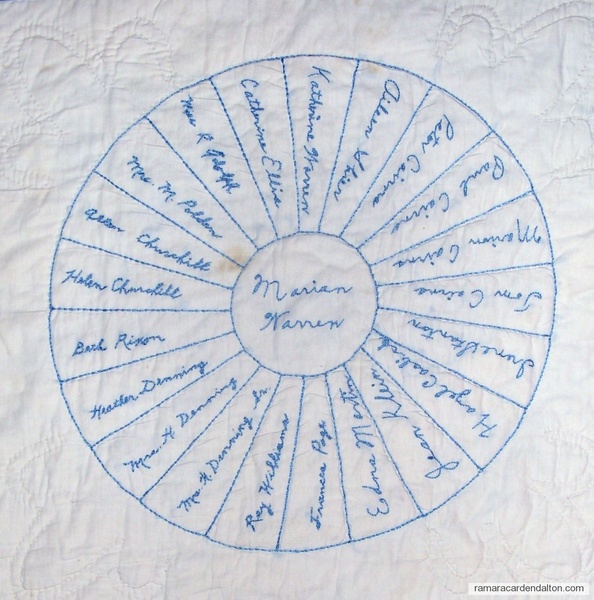 James Ignatius Joachim McCorkell–how he loved to pour out these big words with a touch of scorn, ending with explosive laughter. James was of course a family name. Joachim ( which he always deliberately mispronounced with the accent on the second syllable) was the father of the Blessed Virgin. (Mother’s hand was in this choice) and Ignatius, who was the founder of the Jesuits; this later became his every day name under the diminutive form of Nacie; when he grew up his friends called him Mac.

Ignatius followed me in the family register of births (in our bible) by four years. Another McCorkell by the name of Clarence popped in between but died in infancy. These four years of difference brought it about that Ignatius followed me at high school, but we were not there together. It was Dad’s plan, nevertheless, that we should get the same length of years at his expense before going on our own. By that time he had given up all hope that any of his boys would stay on the farm. Ignatius and I had accordingly three years in academic studies at Orillia, and one year in teachers training, which I took at Toronto and he at Peterborough. The difference was significant. I got the break of teaching at St. Michael’s high school in Toronto and went on directly for my university degree. I had hoped he would follow in “the same line” but it was not to be. His teaching began at Atherley, and World War I interrupted it, and changed our family history. But that is another story.

Ignatius did his turn helping on the farm before going to high school in 1908, and at intervals during holidays. He was strongly built and had a practical turn of mind. He could handle a team of horses, even a spirited one, better than any of his brothers had ever done. He had the natural expertise and the courage which made up for his lack of experience — I think he was absolutely fearless. He climbed trees recklessly as a boy — once he fell and broke his leg. Once a horse kicked him, shattering the surface bony structure at the base of his skull. He outfaced not only the ram but also the gander, my own bete noire in the years when it was said of me that I couldn’t “mind a gap”.

Ignatius became a officer in the 182nd battalion, centered at Oshawa, soon after Canada entered the war. He was probably the finest looking officer in uniform, but this did not make the war popular with the rank and file of the people at Brechin. An incident worthy of Belfast stirred feelings to a fever pitch. The authorities removed the officer, and drafted Ignatius to take his place. It was not war but diplomacy that he was pitch forked into, but he did succeed in easing the situation, though it was a distasteful task. He nevertheless liked Brechin because it was near Beaverton. There he had already met one who was to make a big difference in his life. It was Cecilia (Toots) Proctor, the only daughter of George Proctor, a prominent citizen of the town and a Conservative, who had formerly been a candidate for Parliament. He had also been a friend of my father’s. They were fellow Conservatives and blood brothers in politics.

Cecilia Proctor had been educated at St. Hilda’s College in Toronto. She was a beautiful and accomplished girl, and all told an admirable partner for the professional man that Ignatius hoped to become when the guns of war became silent again. I met her only on the eve of my departure for Washington to begin graduate studies after my ordination. They were married in St. Clare’s church in Toronto several months later and went to Quebec City for a honeymoon. Returning from Washington for Christmas holidays I joined them at the Proctor home in Beaverton and at the McCorkell home in Brechin for happy family gatherings, after which they returned to battalion headquarters at Oshawa and I to Washington. It was my last meeting with Ignatius.

In April 1917 he was called overseas with reinforcements for the 116th battalion, the first military unit to draw recruits from the Brechin and Beaverton areas. Kept in England for nearly a year training raw soldiers for combat duty, for which his experience as a teacher qualified him, he was at pains to relieve his boredom by regular leaves of absence to visit places of interest in the British Isles. During one of these leaves he went to Dublin where he had a mild bout with the flu and went to a hospital. His name in paper as a patient caught the eye of a family by the name of McCorkell, one of which went to see him. This was the beginning of a warm friendship which lasted the rest of his life and which I have cultivated ever since. I myself, visited them in Dublin in 1953, and again in in 1969. We have not been able to establish any family connection. If names are a clue to a blood relationship, a close one at any rate, seems unlikely. Their names, William, George, Charles, do not appear in our records at all.

It is of interest, however, to note that they have added one new name to their list. It is the name Ignatius. When I visited there (both times) I met two boys of that name. The father or mother in either case was a McCorkell from this family. This indicated how deep an impression my brother made upon the McCorkells of Dublin. Moreover in one case there is another name common to them and to us. It is the name of a Cistercian abbott in BerryVille, Virginia, who belongs to the Dublin family. I have met his several times. His name, believe it or not is Ed McCorkell.

Ignatius was a prolific letter-writer. Literally hundreds of them found their way across the sea to a variety of people, his dear wife, of course, but to many others too. They were descriptive of what he had seen in England, of the people he met, chiefly Canadians who had followed him overseas, of everything almost except what his readers would have like to know, that is to say, about the war. Censorship was too rigid for that. Even after his military unit left for France in the early summer for manoeuvres on the spot, letters continued to come, all about non-military matters, then suddenly stopped.

The great advance began on Aug. 8. By Aug. 12, the Canadian sector of Foch’s army had penetrated a distance of 10 or 12 miles. This was something new. There was a temporary pause in the evening of that day to straighten out the front line. In the deepening twilight Ignatius was put in command of a company with orders to drive the enemy out of a small wood in the foreground. They were too close to the Canadian line for comfort. It seemed likely they would make a counter attack during the night. As Ignatius crossed the papapet of one of the trenches the scream of a shell could be heard. He shouted to his batman to duck. But he was too late in getting down himself. This the batman himself told me later. He was a boy from Atherley where Ignatius had taught school. Isn’t it a small world after all?

Prior to his own death in action several weeks later, Captain Ott, fellow-officer and friend of Ignatius wrote Toots McCorkell that he had crawled out in the darkness of night after the battle to see if Mac had been merely wounded and might still be alive. But this was not the case. He had given his life for his country.

The death of Ignatius was a great shock to the family, especially to his dear wife, who had received so many touching and hopeful letters from him during the year and a half he was abroad. The sorrow was all the greater when the war ended several months later. We could not help thinking of what might have been. My brother Vince of St. Paul responded to the tragedy in a positive way. He wrote to me to say that he was seriously thinking of enlisting in the American Army overseas. He wanted to do something instead of merely expressing his grief in words. Mother sorrowed as only a mother can. My father felt its blow keenly too, but he could not disguise his pride that his youngest son was a man of courage and had done his family a signal honour.

When I first went to Europe after the war (it was in 1931), I motored on from Paris with Father Gerald Phelan of St. Michael’s College staff to the battlefields around Amiens. At that time I wrote the following in my diary:
“We pushed on to Amiens and then by a detour to Bouchoir, near Roye, where we found the grave of Ignatius, in one of the most beautiful military Cemeteries I have ever seen. It was truly a rose garden with a huge cross and sword dominating it. We put a wreath of roses on the grave, took several
Snapshots, knelt to say two decades of the rosary and studied the inscription.
On the tombstone. It read:

‘Lieut. J. I. J. McCorkell, 116th Battalion Canadian Infantry
12th August 1918 Age 23
Greater love than this no man hath
That he lay down his life for his friends’

Thirteen years have healed many wounds, but sadness still hovered over us like a cloud in those moments. It was difficult to dispel it. We then motored a few miles and tried to identify the small woods where he lost his young life, leading his company in a successful attack. We then hurried back to Amiens, arranged to have a Mass of requiem in the nearest church and started towards Belgium on the famous highway along which “the old contemptible” fought their celebrated rearguard all the way from Mons to Marne.”

The brave spirit with which Toots faced the cruel loss of the conjugal happiness so early snatched from her won the admiration of all our family, to whom she was a complete stranger at the beginning. In the spirit of continuing loyalty to her country, so gallantly given by her beloved husband, she strove to identify herself with some form of public service. At first she planned to convert the beautiful house which she inherited from her father into a nursing home, and to this end she entered into training for a nurse in the Royal Victoria Hospital in Montreal, in which city her aunt lived. The project however called for more reserve energy than she could muster and so she had finally to settle for less ambitious but nevertheless truly Christian ways of doing good to others. World War II stirred her to more specifically patriotic work; and she took a job in a munitions factory. Since that time she has lived quietly at her Beaverton home