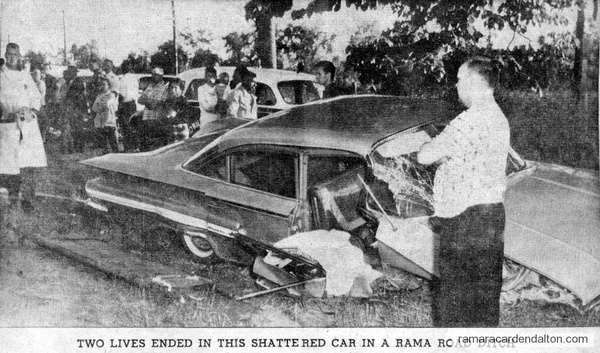 The Union of our two Denominatios into the United Church appears to have been accomplished without dissent,far as anyone can remember. The minister may have had the most difficulty coping with the change as he now was responsible for six congregations with roads and travel very primitive by today’s standards. Only Sebright and Dalrymple had service every Sunday. However by 1920-21 Sylvan Glen disappears from the record and by May of 1924 the Dartmoor congregation went the way of the earlier Methodist one, dispersing to Dalrymple, Sebright, and Uphill.

The (Dartmoor) church building was sold three years later to the township for a council hall. A very short life for a church building, no more than twenty-one years and not in use for all of that time. The council used the old church for meetings until lack of upkeep and vandalism took their toll. Finally in 1966 it was torn down and much of the material was used in building the new township hall and community centre on the east side of Young’s Lake which opened in 1967 as a Canadian Centennial Project.

With the population declining at Uphill and area that congregation closed in the early thirties leaving Sebright, Dalrymple, and Sadowa as the only survivors of the six congregations that formed the local union some fifteen years earlier. “Survivors” is perhaps a descriptive term as the depression and the onslaught of the second World War made it very difficult period for the community and the church.

It is believed that the charge became self-supporting under the dynamic leadership of Rev. W.J.H. Smyth and the relative prosperity of the early twenties. The present Dalrymple church was built at the time–1922. Despite a period of activity with the pastorates of Rev. William Parker, C. E. Cragg and F. R. Vanderburg, funds were always short. At this period and for many more years to come the Women’s Association was no doubt responsible for keeping the church going. To keep a perspective, wages were a dollar a day for a ten hour day. A good cow sold for $20.00 and there were no pensions.

April 1, 1972, brought the most dramatic change to Sebright and the Pastoral Charge since the co-operative union of the two denominations in 1918. With a vacancy occurring at the Rama charge and the financial drain in Mission support grants to both charges, an agreement was negotiated and the Longford church would close. Part of the agreement was that the minister would live at Rama. It was the first time in almost a century that there was not a resident minister at Dalrymple or Sebright. The co-operative charge worked well even though there was considerable regret that there was no longer a minister at Sebright.

However, at this time, church bureaucracy entered the picture. A difference of opinion arose about the share of mission funding that should come from the Bay of Quinte and Toronto Conference offices. As well national church policy was now encouraging native congregations to go on their own with a native minister when possible. As a result when Miss Thomson announced she had received a call to end the co-operative union at the end of June 1984. This meant it was a time of decision for the Sebright charge. Finally, in a venture of faith, it was decided to request that a full-time minister be placed on the charge. That brings us up to the present with the arrival of Rev. Lillian Roberts of Beaverton in July 1984. This has been a happy and fruitful relationship except for one disappointment. Returning to the original charge boundaries did not mean a return of the minister to the Sebright manse as Mrs. Roberts now commutes from Beaverton where her husband is the minister. We have now come full circle with the minister residing in the same area as the first missionaries over on hundred years ago.

Note: Booklet for these articles submitted by Mr. and Mrs. Everet Black (Margaret Eastcott) Thanks