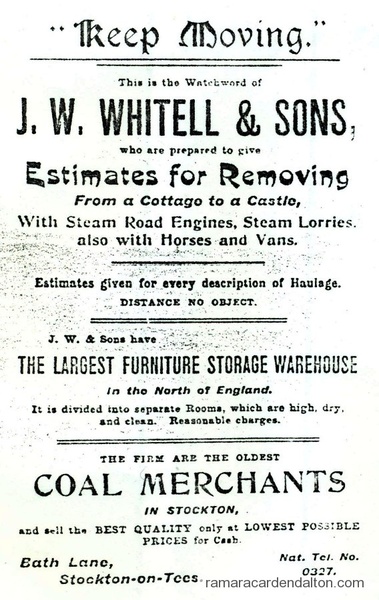 
Like every other pioneering community, the first years of settling were hard and scanty ones, but still the settlers dreamed of the time when life would be easier and churches, such as they had once attended, could be built.

Even before that was possible Grandpa Plews held Sunday School in his little house, and later when the log school was built, he often conducted preaching services there. Occasionally a minister visiting in Beaverton could arrange to come in for a service, and one of the settlers would meet him at the head of the lake, near Brechin. Grandma Plews would blow a big horn or beat a ploughshare and the sound would carry down the lake, relaying from settler to settler, and thus they would be summoned to worship in Grandma’s house. Granny and her daughters nearly always prepared dinner for the church-goers, so that they could remain for a second service.

Once, when it was Mr. John Chrysler’s turn to meet the minister, and they were nicely seated in his dugout canoe, they sighted a deer swimming in the water. Meat was scarce, and John wanted that deer- he got it! And that church service was late. The meat was shared among several families, as was the custom.

The first record of an organized religious group was in 1873, when on September 23rd of that year the “Total Abstinence and Mutual Instruction Association” was begun, with Mr. Alexander Ramsay as president.

The Dalrymple Mission was formed on August 4th, 1877, under the leadership of Rev. A. Wilson. The various charges were Sebright, Gardiner’s (late Dartmoor), Plews, and MacNabb’s. On September 4th, the first quarterly meeting was held in the log school house. Members of the Official Board were Albert Day, as recording steward, and society stewards were Isaac Day, William Ivory, J. Johnson, William Barnes, and William Winterburn. While Mr. John Gardiner was not a member of the Board, he attended all meetings and took a very active part in all the discussions, some of which “ended in confusion”

It was significant that the first motion of the Board was that a committee be appointed to select a site and initiate plans for the erection of a church for “Mud Lake East”. Thus the first step was taken towards the realization of the dream of a church held by many pioneers.

The regular services in the log school brought whole families on foot, by boat, or in wagons, and rows of teams line the sturdy log fence.

The splintery pine floor was not conducive to comfortable worship, but this was neatly solved by Mr. William Irwin, who carefully spread his linen handkerchief before kneeling.

Rev. Wilson and Rev. W. Brown gave wise counsel during six long years of tense discussion, finally on March 22, 1883, the present church site was approved by the majority, and plans proceeded. Mr. George Jarrett’s tender of $450 to build the church was accepted. This sum to include the masonry and furniture. A yellowed list shows donations of money and lumber which permitted the building to begin on May 1st, as scheduled.

The church was built, and opened during Christmas week. Everyone admired the Gothic windows, the pulpit and plenty of comfortable pews, the second row of which was always occupied by the Chryslers, Jarretts, McPeakes, the McCrackens and the Deverells. Surely a challenging front line! The oil lamps cast a friendly glow over the faces of other worshipping families, such as the Grahams, Days, and Plews. Funds did not permit the purchase of an organ, so Mrs. John Chrysler continued to leas the signing. Mr. Carpenter and Mr. Calvert were student ministers of that period, and are well remembered for their great sense of humour. They boarded at the Day home, though the previous married ministers had lived in a small house, on what is now Norman Wilson’s farm, or in the Campbell house on the corner.

Rev. John Lawrence came in July 1884, and insisted that the long planned parsonage be built immediately. Construction did begin at once and was completed in October of the same year. Many were the Tea Meetings and Fruit Socials to realize the necessary funds. It was in 1898, that the picket fence was built and its fine effect was much admired.

Rev. Lawrence instigated the Dominion Day Picnics in 1885, and the Grove, a gift from Mr. Vickers, was also made very attractive for picnickers, under his direction. Winding roads and paths were made through the woods, and clumps of cedars were trimmed out, with seats built in them. A huge butter-nut tree, with seats all around, was called Jimmie McDermott’s seat. Rev. Lawrence also held camp meetings in the grove for which the lighting system was unique. Platforms were made, covered with dirt, and atop were lit huge bonfires which lighted the Grove for the services. As time went on, a covered grandstand was built for performers, facing four sections of benches. To add to the conveniences, a booth was erected, and two long tables, built in a fenced area, would seat 100 picnickers at a time. Supper cost 25 cents but the tables groaned with home cured ham sandwiches, wild berry pies, tea cakes, ginger snaps and pound or jelly cake.

Many ministers came and went, but especially remembered were Rev. McClung who increased church membership through rousing revival meetings, Rev. Brown who lived to be over 100 years old, Rev. James who was later drowned on the Asia, and Rev. Fusee, in whose time the first church organ was purchased.

Dr. W.E. Smith contributed greatly through his medical knowledge, and his introduction of the then novel gramophone. Dr. and Mrs. Smith left here for the China Mission Field in 1896.

In 1912 another missionary-to-be was the young pastor, Mr. F. J. Reed. He also went to China where he married Miss Anne Male, a nurse of the Methodist Church. They gave 30 years of service, and on their return were stationed on the Sebright Charge from 1949 – 1953.

Mr. George Campbell, also a student, had succeeded Mr. Reed on this Mission in 1913, afterward returning for his bride, Miss Maie Ivory.

Other ministers who served the people at the turn of the century and earlier, were Rev. Mansell Irwin, who gained his M.A. degree while here, Rev. Delve, Rev. Coon, Rev. Ross, and Rev. Saunders.

In 1918 the Church came under Co-Operative Union with the Sebright Presbyterian Church, and Rev. and Mrs. Weir moved to the new manse at Sebright, which was more centrally located. Regretfully they left the mirrored sunsets on the lake, their daily delight, but they saw the wisdom of the New Order.

After forty years of great usefulness, the little white church in the wildwood was deemed inadequate, and evidence of decay in the old foundation was in important factor in the decision to build a more functional church.

The Church Carries On

Our present brick church was built in 1922, on the old site, under the spirited leadership of Rev. W.J.H. Smyth, and donations from modest sums to those of many hundreds of dollars crated a building fund exceeding $6,000. The corner stone was laid on July 3rd by Lady Hughes. The church was dedicated on Thanksgiving Day by Dr. Chown, head of the Methodist Church. The happy ceremony of burning the mortgage took place on October 18th, 1934.

The spacious new building, with its arched and paneled ceiling amber glass windows, beautiful oak pews and fine pulpit, was greatly admired. Delco lights and a furnace in a finished basement seemed to answer the last requirement.

The Sunday School benefited by having a separate room for each class, as compared to the medley of voices, when several classes met in one room, divided only by turkey red screens. The Sunday School was evidently organized by William Ivory. Edward Graham followed and made the Sunday School very interesting in the 80’s and 90’s. Other early Sunday School Superintendents were Messrs. George Jarrett, George Ivory and T.W. Deverell. Charlie McPeake taught a class of boys, and Mrs. William Jarrett a class of Juniors, for many years. Mr. James Graham was a faithful and capable superintendent for a long time. There are many who can remember the challenging lessons taught by Mr. Graham and his wife, who was no less scholarly. In 1923 Russell Day became the first superintendent in the new church.

Perhaps the Y.P.U. responded most to the improved conditions. For several years their gatherings were wonderfully popular and they added $100 annually to the M. & M. contributions.

The “Live Wires”, a group of young women, enjoyed many active years, under the leadership of Miss Pearl Irwin and Mrs. H. H. Chrysler.

Choir music began after the original organ arrived. Misses Hettie Chrysler and Ellen Day were the earliest organists. Mrs. (Rev.) Ross and Mrs. James Graham filled in until Mrs. William Jarrett took over for perhaps a full quarter century. Her husband maintained the bass section alongside H.H. Chrysler. Miss Pearl Irwin capably assumed the responsibility of organist, followed by her sister Ethel, who gave of her musical talents as organist and choir leader for several years. Mrs. Russell Day has acted as organist and accompanist for any and every occasion during the last fifteen years.

The W.M.S. is almost historic, as it was founded in 1896 by Mrs. (Rev.) Smith, as a joint society with Sebright. Mrs. Alice Fox is the sole living charter member. Mrs. B.F. Chrysler has been one of the Society’s most devoted presidents. Four Mission Bands and a C.G.I.T. group provide Missionary Education for the youth of our lake area.

The W.A. was organized in 1928. Active and successful ever since, it has served Dalrymple by helping maintain the church financially, and by creating a social, educational and spiritual meeting place for the ladies of the community. Their July 1st Garden Party is the largest gathering of the year, serving as a reunion. Fowl suppers drew large crowds from 1922-1940. In 1955, the W.A. budget exceeded $540, as compared with $49 in 1928.