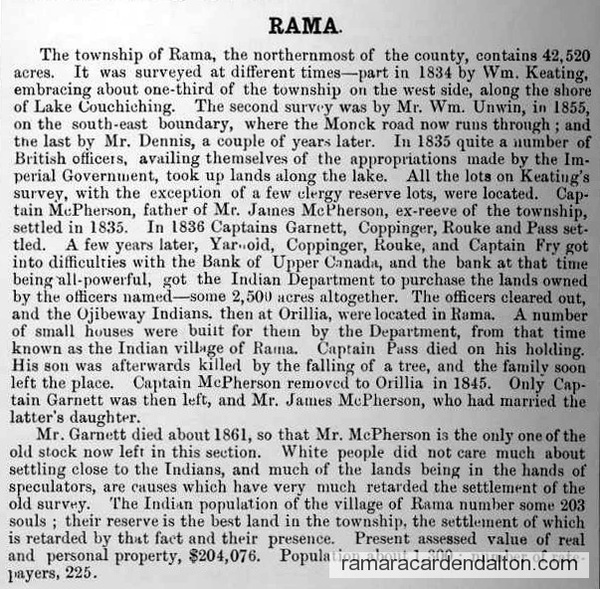 ‘Doctors of Ontario County’ by Dr. T.E. Kaiser, 1934
These are the Doctors who Practised in Mara Township up to when the book was written in 1934.

THE FOLLOWING ARE EXCERPTS FROM:

Dr. Grant of Beaverton was born in Eldon Township, May 11th 1853. Died May 23, 1934. Son of Andrew Grant and Barbara Grant who came from Scotland in 1840 and settled on a farm in Eldon Township. Matriculated from Whitby Collegiate and graduated M. D. Toronto, 1877. Began practice in Brechin, removing to Beaverton in 1878 where he continued to reside till the time of his death. His wife’s name, previous to marriage was Mary Jane Watson, daughter of Rev. David Watson, M.A., D.D. He had three daughters, Elizabeth H. Holmes of Toronto, Winnifred Mary Fowler and Elsie Alison Grant. One son James Stewart Grant. He was interested in curling, lawn bowling, and tennis.

Dr. Wm. Gilpin practised in Brechin from the time he obtained his license until his death, September 12, 1929. For a year he wore side whiskers to make his appearance older, believing that very young doctors were not acceptable to his people. Much of his early visiting was done on horseback as the roads were not yet open. Later on he used horse and buggy for years. Still later he drove a car.

All his spare time was spent at gardening and flower growing. For three consecutive years he won a prize for seed onions at Philadelphia. For years Dr. Gilpin grew onions which took prizes far and wide. He had a variety which grew to an enormous size and could equal anything grown in America. He took great interest in the hobby.

Obituary notice as published in the Orillia Packet and Times, Sept. 26, 1929—

Brechin lost one of its oldest and best-known citizens on Thursday, September 12, when Dr. W. Gilpin passed away in his 71st year. He had not been in good health for some time. Dr. Gilpin was born at Barrie and for a time his teacher was Dr. John McLean of Orillia. Forty-eight years ago he settled at Brechin and practised medicine there since. In the early days his work was the work of the pioneer doctor, and he never shirked a call. The roads were bad, the country only opening up, and settlers just getting a start on their farms. Dr. Gilpin married Annie Gillespie of Brechin 28 years ago. There are no children, but he left two brothers, James , of Toronto, and George of Manitoulin Island. He was a member of the United Church, and in politics was a staunch Conservative, and was an officer for years in the Riding Association. He was a member of the Sons of Scotland and a Mason. For years he filled the office of Medical Health Officer of Mara, and had charge of the medical work at Rama Reserve. The funeral on Monday, the 16th was taken by the Rev. W. G. Rose and was in charge of Murray Masonic Lodge of Beaverton. There was a service at the house and interment was made at Old Stone Church, Beaverton. The pallbearers were members of the Masonic Order.

Chairman of Board of Health, on School Board, Honorary President Athletic Club. Recreations fishing, and tennis.

Dr. Cramer was associated with Dr. Rynard for months before moving to Woodville

Dr. Vokes was associated with Dr. Rynard for months before moving to Cayuga.

Dr. McDONALD at one time lived in Brechin, but for a very short period. (exact dates unknown)

The Doctors did not restrict their practise to the township boundary. Often the above Doctors would have patients in Rama township, and many residents of Mara and Rama would be served by Doctors from:

Note: There are no records of Doctors practising in Rama Township during this time period.