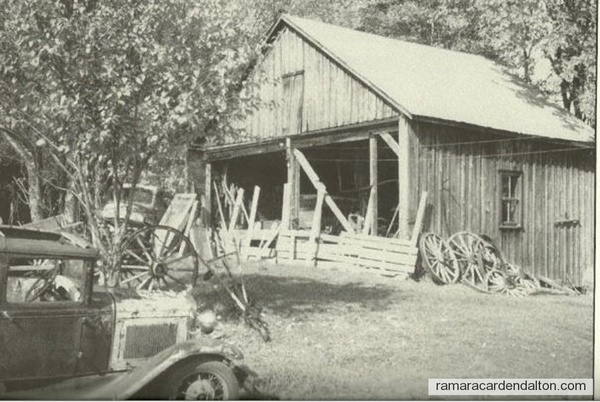 This information came from corespondance of Angus Martin (Lot 6 Con 3 Brechin–Ed Martin’s father) and shows the progressive nature of the farmers of Ramara township. The Ontario County young farmers were organized into clubs –much the same as the more popular 4H This was the Pork producers Club There was also a Junior Farmers Grain Club

There was a considerable demand throughout the County for high quality pork in 1931. Hogs were as good a method not only to make money on the farm and while hog prices could fluctuate considerably during the growth year, they were still likely to provide a good medium through which to market grain.
The Ontario County Young Men’s Swine Club was a plan by which any young farmer in the County, from 15 to 25 years of age, could purchase a young bred sow. They should be in a club unit of a minimum of 10 young men.If they were unable to pay cash, they could pay a bank note @ 7% interest for 1 year. By the end of the year, the young man should have a litter of pigs up to bacon weight and ready for sale. He could then retire the note at that time. Although this was a new venture, the Union Stock Yards Company also supported this club.
The Dominion Live Stock Branch undertook the selection of good grade Yorkshire sows from the hog runs at the various markets. The sows were then be bred to pure bred Yorkshire Boars, ear-tagged, and shipped out to central points in the County. The cost worked out to approximately $25 per sow, with some of the cost being incured for insurance etc.
The young men who were to get sows would be required to follow certain regulations as laid down by the department, they were to feed and care for the sow and piglets as according to the instructions. A financial record of the whole deal from the time the sow was purchased until the litter was sold was be kept.
This was an opportunity for a young man not only to make a little money for himself, but also to improve the type of bacon hogs in the County Mr Martin’s animal was shipped to Brechin via CPR Apriil 10 1931.The freight cost was .75 and the crate had to be returned. A two day instruction course was provided at the Ontario Stock Yards and a club picnic was held in Uxbridge.The instruction courses included lectures on different feeding programmes, judging weights, the keeping of feed and financial records –the business of farming

SOME RULES TO FOLLOW:
1- Boys to keep food records-optional, but accurate food records must be kept from the time litter is weaned until it is marketed-forms for this were provided.
2- 46 bred sows were placed with boys throughout the county
3-Swine Ration Card-were posted in piggery
4-Bulletins were shipped with sow titled “The Brood Sow”
5-Bulletin No. 340 “Parasites Injurious to Swine” was included
6-Sow were kept on pasture, with shelter provided for her
7 – “Missed” sows were to be bred locally
8- A two day course at the Packing Plant was also offered which included bus & accommodations. (this instructed the farm boys on the finished quality of various hogs)