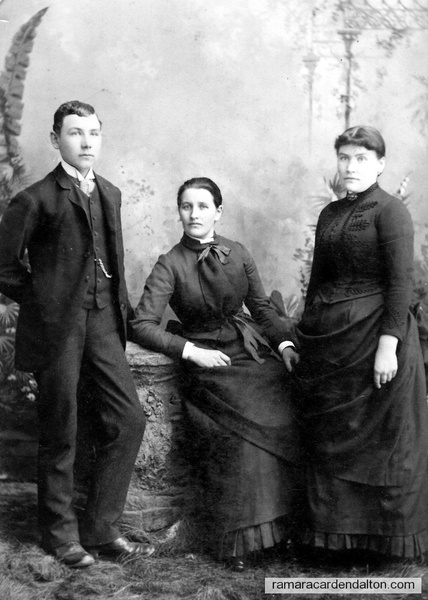 
County of Simcoe—In May, 1837, I began teaching a School three miles southwest of Bradford. I “boarded round” with the parents of pupils, and in the latter part of that year, I got a school on Lot No. 7, Tecumseh. I got board for one dollar per week. In 1838 or 1839, I went to Toronto, to pass the Board of Education. Bishop Strachan and the Treasurer of the Home District constituted the Board; I think I was made to read; then to repeat the Rule of Three, which I did with such impetuosity that the good Bishop perceived that I understood what I was repeating. I suppose that I had something from the Trustees to introduce me, as his Reverence desired me to go back to Tecumseh, and the Treasurer gave me, (I think), twenty dollars.

In 1840, or 1841, I returned to West Gwillimbury, getting a school south east of Bond Head, about two miles. I had the late Mr. Thomas McConkey, late Sheriff of Simcoe, as a pupil here. He said that Grammar was never introduced into any school of the Township, or into contiguous ones, until I did it. He did not go to any other School after leaving mine. I was vain of him. My brother was at College in Aberdeen, and, upon my making known to him our lack of School books, he sent me a supply of the Scottish series, used there then, Lennie’s Grammar, Grey’s Arithmetic, etcetera. They created an impetus hitherto not known.