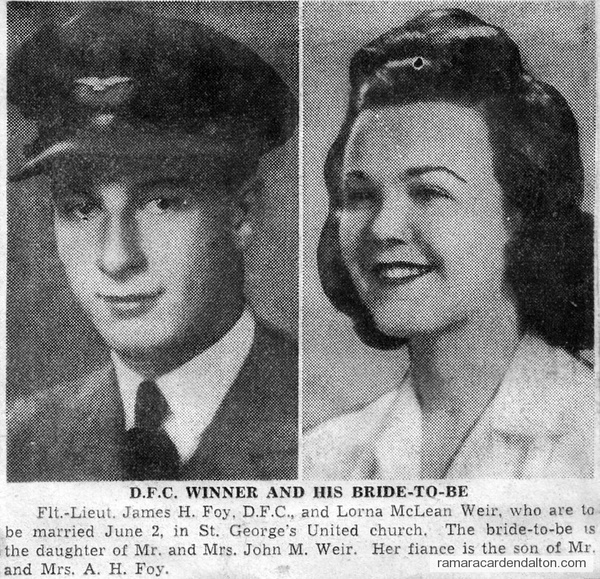 Ellen Jordan appeared on the scene which she was to influence so profoundly in 1842. With her parents Martin Jordan and Cecilia Garret, and with her sisters, Ann, Cecilia, and Bridget Ann (these very names are a legacy) she sought to escape the dreaded famine by migrating from County Mayo to Canada. They landed at Quebec City and made their way (one can only guess how) to Brechin, where two Irish settlements, the Connaught and the Dungannon, had made or were in the process of making a start. It has been wittily said that the Jordans had their famine after they reached Brechin. We can be certain that they at least were far from affluent.

Bridget—
Let us begin with the Jordan sister who seems to have been the youngest of the four. Her name was Bridget, though sometimes referred to as Bridget Ann. This raises a doubt. Certainly another one of the four was called Ann. Would that name be given to two in the same family? There is a further disconcerting fact that in a picture, presumably of the Jordan sisters, taken perhaps 30 years after their arrival in Canada, there are but three women. Personally I do not think that these puzzling facts undermine the positive testimony that Martin Duffy has given in his circular letter of Jan. 24, 1967. He testified that he found at Orillia the baptismal entry of Bridget Ellen, daughter of Pat McGrath and Bridget Jordan, born Feb. 2, 1865 and also the baptismal entry of Michael Joseph, son of the same parents, born March 18,1873. The old cemetery at Uptergrove could clear up some mysteries if its markers could now be read of even identified in its present state of ruin. There are McCorkells, O’Donnells and Jordans there sleeping their last sleep. Among them are not only Bridget Jordan, but also her father and mother, who brought the four Jordan sisters from County Mayo to Brechin in 1842. But Bridget Jordan lives on in her descendants. Not to prolong her story, I only state that her daughter, presumably the one born on Feb. 2, 1865, married Thomas Gaughan, who I am told took her to North Dakota, opening up for settlement at the time. She helped him to be a successful farmer there and to raise a family. What is the evidence for this? The evidence is that during the Christmas holidays 1967, Martin Duffy, now living on the West Coast, visited the son of Thomas Gaughan in California. His name is James. He claimed to be the grandson of Bridget Jordan and Pat McGrath.

Martin Duffy has a special interest in this 4th member of the Jordan sisters, because he is connected by a relationship of affinity with her. The husband she married long ago in the Township of Mara (Brechin, Uptergrove or Atherley) was his granduncle Pat Mgrath. Mrs. Thos. Roach, well known in Brechin until her death 20 years ago was one of that family. She too was a McGrath.

Cecilia—-
Cecilia whom I take to be the 3rd member of the Jordan foursome, though I can only guess at their respective ages. I know that my Mother described Cecilia as Aunt Cecilia Barker. Her husband was Richard Barker, but not a member of the Brechin family of that name whom I knew at the turn of the present century. When the Richard Barkers were married and how soon after they left for the State of Iowa where they made their home I cannot discover. What is certain that we lost contact and it was many years before they were rediscovered by the energy of Martin Duffy, who has recently been in touch with their grandson, Charles E. Hurd of Perry, Iowa.

Ann—
Ann, Jordan, the 2nd of sisters, has been heard from in a bigger way. She married Michael Hoban. The date of the marriage has been given as 1851, and the age of the bride as 19. This would make Ann 12 years of age when the Jordans crossed the Atlantic in 1842. That could be true. They were 4 little girls from school and must have ranged from 10 to 14 years. There is a story that Michael Hoban when he first met Ann was a widower, his wife having died during the Atlantic crossing and on the very boat on which the Jordans sailed. If that was true Ann’s sympathies would have been engaged, but any ripening into a romance would have been a later development in the Connaught Settlement. The photo I have seen of Michael Hoban, whilst exhibiting strength of character is not that of a young Lochinvar. But of course the photo was taken 30 years later more or less.

The Hobans lived east of Brechin at Mud Lake until about 1873. A baptismal recording at Orillia reports Michael as sponsor in that year. What children they themselves had before leaving for Manitoba I do not know. But the Red River Valley was being opened for new settlers in the 1870’s, and the Hobans saw their opportunity and went there bag and baggage. Today their descendants, grandchildren and later generations, are to be found in some numbers at Beausejour, and Winnipeg, where at least five families live. Some have come East to Toronto and elsewhere. Among these the best known are the Heenans. The descent of this family comes through the great granddaughter of Ann Hoban, Anne Fawcett by name, who married the Hon. Peter Heenan. The Heenans lived at Kenora until Peter was elected to the federal parliament, and then moved to the national capitol where Peter was subsequently sworn in as Minister of Labour in the government of the Hon. Mackenzie King. On the defeat of this government at the polls in 1930, Peter joined the Ontario Government of the Hon. Mitchell Hepburn as Minister of Northern Development. In this meteoric rise Peter was powerfully assisted by his able wife who was an effective speaker and a shrewd politician. They have a family of 3 boys, Peter, Willard and Warren, each of whom attended St. Michael’s College, and two daughters, Margaret (Mrs. Porter) of Ottawa and Gertrude (Mrs. Gerald McGoey) of Toronto. There are 23 grandchildren of Mrs. Peter Heenan.

Ellen—
Now Ellen, the remaining Jordan girl, whom I take to be the eldest, is the one who is nearest to the heart of my story. She was my grandmother. She did not live at our house, and I remember her best when I was a teenager at high school. I had a real reverence for her, not only because others revered her, but for her own sake. She was a personality, and I recognized it dimly, even though I could not have spelled that word at the time. My first meeting with her that I definitely remember, though I was barely 2 years old, got me off on the wrong foot. During a illness of my Mother, Gramma took me off her hands (or thought she did). She took me to her home in Sandy Point, 3 miles away on the far side of a wooded swamp. But she failed to give me her full attention, and when her back was turned I took off for home. Instinctively I suppose, I took the proper direction though it was through the swamp, something I would not have dared to do when I was 10 years old. I had gone perhaps half a mile before I was missed and spotted, and then a hue and cry initiated a hot pursuit, and I was soon recaptured. I was judged too hot a potato to handle after that, and my Uncle Patrick hitched up the horses and took me home. It is curious how flashes of memory bring back isolated moments in that episode. I am sure however that my Gramma thought the more of me for giving her the slip. I had a boy’s love for his home.