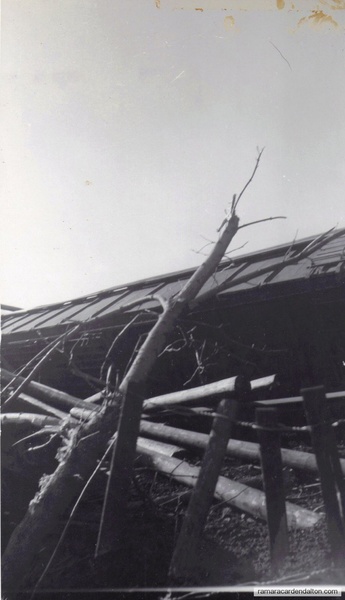 The Village Of Millington

On the 1895 map Millington was at or on the west of Side Road 15 between the 9th and 10th Con. of Hi 12 — On the 1862 Map of Mara, Millington was on East side of the 15th side Road– Like most pioneer settlements the name represented the area around the post office and store. Millington founded in the early, to mid 1800’s in Ontario Co. , and was supported by the early local farmers. The village had a Blacksmith, Sawmill Carpenters ,Weaver Shoemaker and a Shingle-maker. For the traveller a hotel-tavern operated by a Mrs. Prudhomme ,licenced to serve the meals and drinks. Down the 15th side road at the 8 th. con on the west side is S. S. #7 Dungannon school, a yellow brick one room classroom built in 1880 to replace a earlier building. The older School being located on the south side of the 8th between the 15th sideroad and Hwy. 12, on Lot 14 (1862 Mara map) . The present day property being on the Fox farm. The building is here to this day and it closed in 1967.

With the times came changes, in 1863-66 a Post office opened and closed and later, reopened again in 1885-1914. It was first operated by John Harrington and later by Alex P. McDonald and George McDonald who also ran a General store. In about this time the population grew to around 60 people. However when the Grand Trunk and Canadian Pacific railway, passed south of the village missing Millington ,the village would never incease. The nearest train station being at Schepeler Station on the 7th con. , 2 ½ miles south. At the turn of the century, the 1900’s, the village was in decline, the last being Joe Egan’s fix-it service station in the 50’s early 60’s –possibly selling gas
Much of area has turned back to bush and farmland.