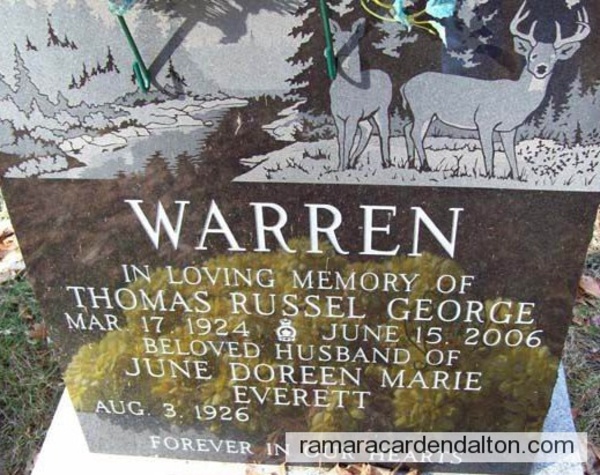 The Early Settlers in Mara

The young people of this generation have little conception of the conditions under which the pioneers laid the foundations of the prosperity and comparatively easy living of today. It would enlighten some of them to have a talk with Mr. William Ritchie, who at 88 has clear recollection of the conditions obtaining when he was a boy in Mara.

Mr. Ritchie was born at Point Mara. His father, William Ritchie, came out to join an elder brother when he was only nine years of age.
“In coming up the St. Lawrence,” Mr. Ritchie told the Packet and Times,”progress was so slow that the passengers were put on shore to walk along the river bank in the daytime.” The Ritchies crossed in a sailing ship, which took six weeks for the passage.

The first ten acres of the original Ritchie farm at Point Mara was hewn out of the bush on a ration of boiled peas and beechnut pork. ” I often think of that when I hear of people grumbling about relief rations,” said Mr. Ritchie. Beachnut Pork, may be explained for the benefit of the present generation, was cured from hogs allowed to forage for their own food in the bush.

Settlement in Mara was a fringe along the shore of Lake Simcoe in those days. “My uncle James and my father set out in a canoe one morning, and when they returned in the evening they had assessed the whole township.”

Game was one of the chief sources of food, and there were no “close seasons” then. Deer were plentiful and were in season all the year round. In the early summer the settlers used to go out in a canoe with a light in the bow. The deer were attracted by the light, and couldn’t see past it to the man seated in the stern, gun in hand.

“On one occasion,” Mr. Ritchie recalls, “a man named Kennedy fired a charge of buckshot into the breast of another settler named Alex Baye, who had gone out in a canoe without a light. In the dark he mistook him for a deer. The wounded man was paddled in a canoe all the way to Holland Landing, for medical treatment, and in spite of the seriousness of his wounds he recovered. There are still a number of his relatives in this neighborhood.”

Wild animals were not the most dangerous with which the settlers had to contend. Mad dogs were not uncommon, and ran through the country biting pigs, cattle, and sheep, and infecting them with hydrophobia.

“I remember on one occasion when we were drawing grain to Manchester, seeing a mad dog running along the side of the road froth oozing from it’s mouth. We came back to Borillia, a little place a few miles this side of Manchester, to spend the night in a hotel there. Just as we arrived, we saw the proprietor hauling the dog out of the door by the legs. It had been kille in the barroom with a poker. I remember, too, a mad wolf raging through the Township of Thorah, and causing a lot of damage.”

Beaverton was the market town for Point Mara settlers, but grain was hauled to Prince Albert or Manchester in the winter. Its real destination was Whitby. But due to the hilly nature of the country only about 50 bushels of wheat could be hauled between Beaverton and Prince Albert, whereas from that point to Whitby was all down hill, and teams could haul 100 bushels. So the hauling was done in two stages. “I’ve seen seventy-five teams gathered at Manchester. Frequently, on the road in good sleighing weather, one would see a line of teams a mile long, all hauling grain to Prince Albert.”

Oxen were used for most of the hard work by the early settlers, and Mr. Ritchie often drove them as a boy.
School facilities were not what they are today. There were two schools in the neighborhood, but as the settlers could afford only one teacher, he taught in one school one day and the other the next. As Mr. Ritchie lived just half way between the schools, he was able to attend both.

“But at that, I didn’t get much schooling,” Mr. Ritchie said, “for as soon as I was big enough to help on the farm I left school when maple sugaring began in the spring and didn’t return till the fall work was done. Long before I was fifteen I was doing a man’s work on the farm.”
One of the schools was attended by children of Scotch and Irish parents, and the other by Scotch, French-Canadian and Indian children.

Elections were more exciting in Mr. Ritchie’s youth. The candidates used to appear on the platforms together, and debate the issues of the day. Mr. Ritchie recalls the famous election between Wandering Willie MacDougall, Liberal, and Matthew Crooks Cameron, Conservative. Both were excellent speakers. MacDougall, who won on this occasion got his nickname because after being twice elected as a Liberal he turned Conservative. Though a Liberal himself, Mr. Ritchie greatly admired Mr. Cameron.

“In those days,” he said, “the politicians used to discuss public questions from the standpoint of the country, and didn’t indulge in personalities as they do now. I think Col. George Drew comes nearer to the standards of the early days than any of the other speakers I have heard in the present election.