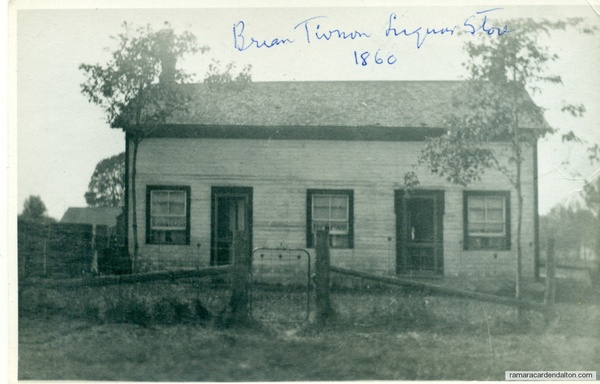 The first recorded names in the Cleary ancestry are that of William  Cleary and Mary O’Rielly, my G.G. Grandparents. They were the parents of Michael-1- Cleary and William-2- Cleary. William-2- and his wife Nora Ryan were my G. Grandparents. It would appear that William-1- and Mary, sons Michael-1-, William-2- and his wife Nora Ryan, immigrated to Canada in 1858 and they show up in the 1861 Mara census. Michael-1- married Catherine Smith in St Columbkilles on Jan 6, 1869 and the record indicates that the Clearys’ were from County Tipperary Ireland.

Michael-1- and Catherine Cleary were Grampa Clearys’ aunt and uncle and raised Grampa after his father William2 died in 1863. Have not been able to determine what happened to his mother Nora. The children of Michae-1-1 and Catherine were grampas first cousins.

Daniel b. 1879 I recall hearing a story that he went to Alaska in the Klondyke gold rush.

Francis (Frank) b. 1884 D. 1957. Married Mary Kelly. I lived with Frank & Mary when I went to work at PO in 1949. Ted Clarke also lived with them at the same time, attending St Mikes. Frank would have been my first cousin 3 generations removed. Frank was the youngest in the family and when his mother died in 1886 when he was 2 yrs old, he was sent to live with his aunt Ellen (Cleary) Tumpane. His cousin “Mickey” Tumpane would come to live with Frank and Mary during the winter after his sisters died.

Grampa Cleary was born Apr. 1, 1860 to William 2 Cleary and Honora (Nora) Ryan. His Godparents were Cornelius Doyle and Ellen Clary ? Both William and Nora were identified as being from Tipperary Ireland.

There is a William Cleary tombstone in St Columbkilles cemetery with the following inscription “Requiescant in Pace, in memory of, William Cleary, died, Oct. 30, 1863, aged 32 years”. This would be Grampa Clearys’ father and apparently Grampa was raised by his aunt and Uncle Michael-1- Cleary and Catherine smith. The 1871 census identifies him as 12 years old and living with their family. Have not been able to find any further reference to his mother Nora.

The 1881 census identifies Grampa, age 21, living with John and Sara (Morris) Mulvihill family. It is presumed that grampa Cleary was learning the blacksmith trade from John who was a blacksmith.

Grampa married Ann McNulty on Oct 2, 1888 (Nuptial Benediction, no Mass) in Our Lady of Lourdes church in Toronto by Father J.P. McBride. Michael was 27 and Ann was 28. The witnesses were Denis Hunley and Helen McNulty.

6. John Charles B. Aug 17, 1896. D. Dec 9, 1959 in California. Jack age 37, (previously married), married Dorothy Ross, age 20, on June 24, 1936. ( need to further check records in light of recent connection with his daughter in California,) Have recently located and been in touch with Uncle Jacks’ daughter Sharyn who lives in California.

NOTE: There has been some confusion about the Cleary children. For years it has been the assumption that there were 7 children in the family, in fact there were only six. I have reviewed the baptismal records of St Columbkilles from the baptism of mother, Anna Maria the oldest born in 1889, to the youngest John Charles, born in 1896. There are only six baptismal records and none for a child named Noreen. I believe the confusion arose from a mixup of names. I believe the name Honora Adeline somehow got shortened to Noreen (Norine) and they, in fact, are one and the same person.