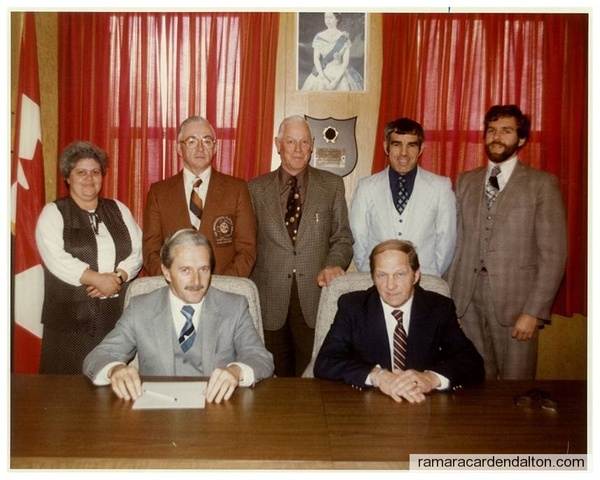 From The Land Between- LeCraw

Services had been held in the school house.  With a minister in Sebright, it was possible to have regular services and people wanted to have a regular church building.

In 1893, Robert Adair, carpenter from Norland, was hired to erect the church and he was assisted by his son Ern Adair along with Addison Courtmanche, Walter Gostlin and Andrew Gilmour.. The building which was completed in late fall, was of frame construction. 26′ x 40′ x 14′ high, with a seating capacity of about 100 people.  The windows were Gothic and had attractive red and blue glass arranged in a half circle at the top.  The pulpit was plain oak and the seats were oak with wrought iron ends’

The church was opened in December 1863 with a special service which was attended by a choir from Lindsay.

The ground for the church must have been donated by the Thomson Brothers, William and George, of the Longford Lumber Company, as they owned the field in which the building stood.It was located on Lot 1, Conc. 2, Dalton Twp.. on Victoria Road, just north of the intersection with the Monck Road.

The building was painted white on the outside and fund raising went on to decorate the inside.

After 1899 Uphill was served by ministers from Sebright

During the early 1900’s the Church gradually declined as many older members passed away and many people moved away as the Longford Lumber Company downsized their operation.  Services ceased about 1927.

The Church stood empty for several years and then was used briefly by a Baptist minister who came from Norland for the years 1933 to 1936.

It was sold to Mel Little who intended to tear it down but didn’t.  He sold it to someone who did tear it down and used the lumber for a project of his own.