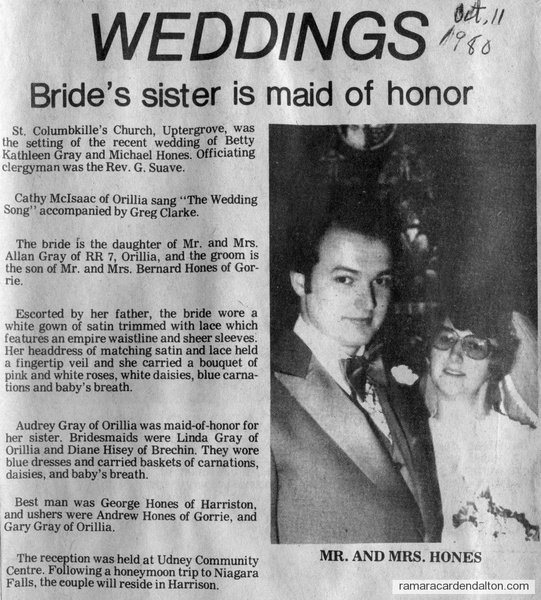 It is reported the McNamees were Bairds to the O’Neil clan-an ancient tribe in Northern Ireland.–(from the Book of Kells)– Actually being the Baird was better than being the king. The kings could be deposed or murdered but the Baird were never mistreated because they were the keepers of the oral history. These Bairds were noted for their memory, wit and sarcasm. This apple has traveled many miles

It all hinges on one date-did Catherine McNamee die in February 1870 or 1871.in Ireland  Did the person in Canada mark down the year they received the news ??

I have a Forkill death registry that says Catherine McNamee died February 27, 1870—Daniel’s bible says the date was February 27 1871?

I met a young girl named Moira (McNamee) Raferty. She is the last of the line. She took me to see an old man named Jack McDwall, 78. His grand-mother was a McNamee. He took me to see 3 farms on the mountain, each about 10 acres, and to see what he called the family homestead of one of the families.

I went to Ireland to find a head stone, but there were no old headstones in the  graveyard. They say in the old days people just buried their relatives and placed a stone at the head. Each family knew which stone was for which person. After 3 or 4 generations people forgot which stone belonged to which relative. Moria Rafferty said the family graveyard was at Drumantee, although there is a very old McNamee headstone at Mullabawn This old stone was the type that commemorates a large group of persons in a single plot—no names

Daniel McNamee first shows up in Bowmanville on Nov 18 1858 ,when he marries Mary Walsh and moves directly from there to Lot 5 Con 9 Carden township.