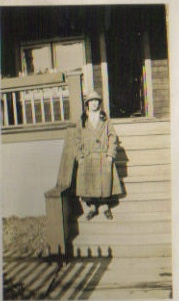 THE LATE JAMES GIVENS OF MARA

It is with profound regret that we chronicle the demise on Sunday, November 2. 1924,

of one of the oldest pioneers of the Township of Mara, in the person of Mr. James Givens, spry at the ripe old age of 89 years.  Deceased who was a native of Fermanagh, in the County of Tyrone, Ireland, came to this country when but a lad of some 16 years and with integrity of an Irishman, he laboured amongst the farmers in the Township of Brock in the County of Ontario, for a number of years. During that time volunteers were enlisted for defence of the Canadian Frontier, in the war of 1866, commonly known as the Fenian Raid, when the deceased with others so nobly  shouldered their rifles in behalf of their country and valiantly defended the Niagara district.After the war was over and the victors had returned to their respective homes, Mr. Givens, one of the victors, settled down on a farm in the Township of Mara, on part of which Udney now is situated, having for his helpmate an able assistant in life, Miss Margaret Parliament, of the Township of Brock.  Together they laboured and toiled with an arduous hand until in a few years, the wilderness of woods has disappeared and a beautiful farm and a lovely home now marks the place where first this energetic pioneer, Mr. Gives, set forth the example to the surrounding community.  During these laborious years there arrived in the midst of joy and gladness, one boy who died a number of years ago, and one daughter, Jane Ann, who with her mother survives the deceased.
In religion, Mr. Givens was a Methodist and was instrumental  in building the first Methodist Church in Udney.  During his lifetime he always bore testimony to the fact of God’s wonderful power to save, to keep and to guide.
On Tuesday, November 4, a large concourse of friends and of relatives followed the remains to the cemetery where was laid to rest a pioneer whose deeds of kindness and acts of charity knew no bounds.
In behalf of the community, we extend to the family our sincere regrets and our heartfelt sympathy in this hour of their extreme bereavement
Todays Featured Photo