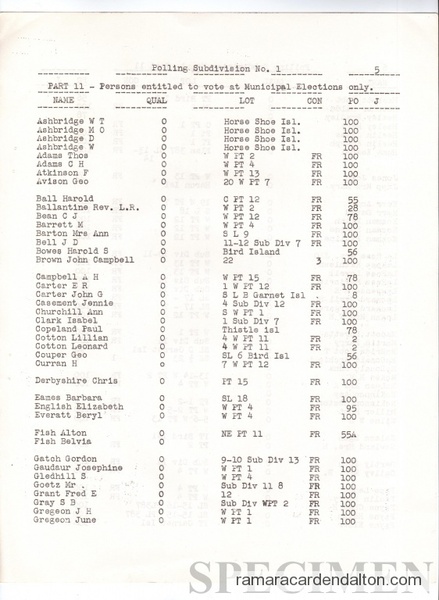 The Deverell name originated in France. The Deverells were among the middle class tradesmen and artisans who crossed the channel to England for religious freedom at the end of the seventeenth century

French Protestants during the sixteenth and seventeenth centuries were called Huguenots. The violence which existed between French Catholics and Protestants during the sixteenth century finally resulted in freedom of worship and state supported Protestant schools, with the Edict of Nantes in 1598. These freedoms were all revoked in 1685 and the Huguenots emigrated in large numbers. The Deverells were among these émigrés.

Anthony Deverell, the first ancestor of whom we have any record, was born around 1760. He plied his trade as a silversmith in London, England. He and his wife, Elizabeth Tarleton, had ten children. Elizabeth died giving birth to her last child, a girl. At some point, Anthony moved to Queen’s County, Ireland. He died either in Ireland or England while trying to pull two men who had been asphyxiated by gas from a well. Did he fall in too? We will never know.

Anthony and Elizabeth’s six oldest sons all had respectable careers. The two youngest sons immigrated to Canada in order to make a new life for themselves. The girls married and raised families.

Anthony and Richard, the two oldest brothers, were soldiers in a cavalry horse regiment. They were stationed in India, where they died. The Deverells must have been fairly well off. Cavalry soldiers were required to provide their own horses and equipment.

Henry remained in Queens County , Ireland, where he farmed near Toranmounty. Tarleton Jr., Robert and Joseph were all policemen.

Ann Deverell Smith had four children. We don’t know if she remained in Ireland or England or in fact she came to Canada.

Both John and William immigrated to Darlington, Canada. William had seven children, including William Charles, to whom my grandfather wrote a letter and Margaret, the mother of Bill Crisp who summers on Avery’s Point.

John returned to Montreal from Darlington. There he married Sara Gill. They lived for some time in Montreal; my Great Grandfather Joseph Deverell was born there. Sara died around 1840. John moved his family to Carden (Upper Lake Dalrymple) in 1855 where he married Ann Thompson. This was a second marriage for both John and Ann. Ann’s daughter Margaret, born of a previous marriage in Ireland, married John’s son Joseph in Brock Township, near Cannington. Thus a father and son married a mother and daughter, keeping love in the family.

John and Ann had one son, John Tarleton. Tarelton drowned at the age of twenty in Lake Dalrymple.

Ann outlived her husband. John was killed at a “wood bee” behind the Dalrymple Church when a tree fell on him. He was killed in the winter. He was taken by sleigh to Beaverton where we assume he was buried in the stone Church Cemetery. The Dalrymple Church was built in 1883, so it was likely he died soon after that, when the men were clearing the lot behind the church.

John’s son, Joseph married Ann’s daughter in 1859. They took up residence in a “shanty” on their property in Carden township just one mile south of Dalton Township, on the west side of the road. Joseph and Margaret worked very hard to raise seven children while living in quite primitive conditions. They also built a number of farm buildings and saved enough money to construct a large brick house where they moved in 1895. They were active in community affairs, as well. Joseph and Margaret moved from the farm to Gill Street in Orillia in 1908.

T. Walter Deverell married Winnifred Ramsay on December 26, 1906. They moved in with the senior Deverells until Joseph and Margaret bought their house in Orillia. T.W. and Winnifred raised three boys and three girls. Jean died when she was four years old. Mansel was killed on an overseas flight in World War II.

Winny gave birth to all of her children at home. She often had the help of a “home Girl” from England. (Rosetta Brightmore who later married Fred Fox of Dalrymple, was one of those girls.) Although she had help, there were eggs to collect from the hen house; men to feed from the sawmill up the road; threshers and hayers to feed; and a hired man to look after. As well there were the regular household tasks of cleaning, baking, washing, ironing and looking after the family.

T.W. was a man who welcomed change. He bought his first automobile in 1917. They family toured by car to Parry Sound to attend a wedding in 1930. There were no roads, only buggy trails, so it must have been a long, slow, rough ride. Despite that, they must have relished every minute of the drive. He installed a Delco generator long before electricity came to the community. He spearheaded a committee to bring a telephone system to Sebright in 1913. In his own home, he took advantage of every modern convenience he could get.

T.W. was also a man who was very active in all aspects of community life. His opinions were highly valued.

Douglas Deverell, the oldest son, was born in 1907. For many years he helped on the farm and at the mill, along with his two younger brothers. Family photos show a warm fun loving relationship amongst all brothers and sisters. A most important social outlet at the time was Young Peoples, a church affiliated activity. It was here that Doug courted his future wife, Grace McCaughey.

Doug was the first of his family to attend High School. In those days students had to board in town because there was no fast and easy way of transportation which students could take daily to Orillia.

Doug and Grace were married in 1935. Ann Marilyn was born here and then they moved to Toronto where Pat was born. Several years later, they moved back to Dalrymple where they resided on the family farm with T.W. and Winny. In the 1950’s, Doug built a new home for them on the Deverell property that was located further south near the old sawmill and sugarbush (where maple syrup was made).(574 Lake Dalrymple Road)

Maple syrup was produced on the Deverell farm for 104 years. When the days in very early spring have temperatures above freezing but the nights are frosty, the sap begins to rise in the maple trees. Spiles were driven into the trees and metal buckets were hung on them. When buckets were full, the sap was taken to the sugar camp. The buckets were dumped into a barrel, which rode on a sleigh. In the early days the sleigh was drawn to the camp by horses. Horses were more efficient in the bush than tractors, but there came a time when farms no longer kept horses and tractors had to be put into service. The sap was poured into a long series of pans, under which a hot fire was kept going. The sap eventually boiled don to one-fortieth its original volume. The water boiled away, leaving the sweet, sweet syrup. The taste of real maple syrup is absolutely delicious! In the early 80’s Doug had to stop due to angina. The sugar bush has not been tapped since then.

Doug lived on this property until July 1990 when he died of cancer.
Grace eventually lived in Orillia at Tudhope Manor for 3 years and then moved to Lakeview Manor in Beaverton.

His daughter Pat, her husband Garnet and their three children live next door.

Their daughter Ann, a nurse, lives in St. Catherines.

The next child, Muriel, married John McCaughey in 1940 after a ten-year courtship. They could not marry sooner because of the constraints placed on them by the depression. As it was, they shared a house with Jack’s (John’s) parents for twelve years. Both Jack and Muriel took a vigorous role in the community affairs particularly the church. They had two children: Lynda and Dean. Lynda is an elementary school principal; Dean is an elementary school teacher, sailor and town counsellor.

Joseph married Ruby (Johnny) Johnston prior to enlisting in the army for World War Two. They had two children, Rex and Michael. Rex became a minister in the Baptist Church, but left this career and became a nationally acclaimed playwright. One of his plays was written and performed for Queen Elizabeth 11. Rex and Rita have one son, Ramsey. Michael joined the Armed Forces as his career. He has two daughters, Lee Ann and Kim.

Lena married Marshall Campbell. Their two children, Wendy and Calvin still live in the vicinity of Dalrymple.
Mansel died when his plane was shot down over the North Sea in 1943.

Little Jean died of a very contagious flu when she was 4 years old.

Much of the history of T.W. and Winny’s family is to be found in the many photographs, which have been accumulated.
Lynda McCaughey
Pat Morton

A deep gloom was cast over this community last Friday afternoon when it became known that little Jean Deverell, youngest daughter of Mr. and Mrs. T.W. Deverell had passed away. She was taken ill on Sunday, September 24. Medical aid was summoned from Kirkfield and later from Orillia. All that skill and love of relatives could do was done but it was of no avail. The funeral service was conducted at the house at 3 o’clock on Saturday afternoon by the Rev. W. J. H. Smythe, B.D. and was largely attended. The Rev. Mr. Smythe’s remarks were very touching and brought tears to many eyes, for little Jean was a friend to all. Interment took place in the family plot in the Dalrymple Cemetery. She leaves to mourn her loss, besides her father and mother, three brothers, Douglas, Joseph and Mansel and two sisters, Muriel and Lena. The family have the heartfelt sympathy of the whole community in this their second sudden bereavement.

Jean was buried the day after she died. There was no time to make special preparations for the funeral because Muriel and Mansel were both ill with the same flu that killed Jean. At the time of the funeral, Mansel was in a coma and didn’t know of his sister’s death. My grandparents were worried that they might lose more than one child to this disease.