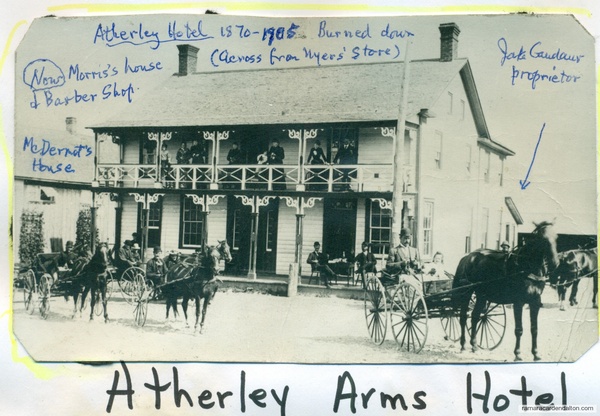 Another Carden who done it

Black Dave Shoots Tip Top
During the First World war, Carden was rife with stories of drifters, thieves and hobos. There were also Draft Dodgers roaming the countryside, doing farm work by moonlight and playing tricks on unsuspecting neighbours .Every one locked their doors and children were not allowed out after dark
One story my Grandfather told me was that a farmer wired his grainnery against thieves without telling his family .A son went to the grainnery opened the door and was killed by a shot gun blast. I doubt that story was true since I have not heard it elsewhere
However this one is true
Black Dave was reading the paper by lamplight. Suddenly the dog lifted his head and started to growl. and look at the door .Dave opened the door and the dog roared past him, did one tour on the yard on ran back thru the door and hid behind the stove Their was something out there and it was scarry.
Dave blow out the lamp ,got the gun from the closet and sat by the window
.All was quiet and dark
Minutes later, the moon cleared from behind a cloud and someone was standing in the garden Dave watched ,the figure didn’t move. Dave loaded the gun,open the door and yelled
“Get out of here or I will shoot——Nothing happened—-I’m warning you “GET OUT OR I WILL SHOOT –nothing
Dave lifted the gun and fired—over the intruders head
The figure in the garden fell down—
Now What—did he run away —was he wounded—WAS HE DEAD—DAVE didn’t want to find out.
Next Morning –no body –no blood –just tracts of two men towing a carcass

Turns out two local draft dodgers named Murphy and Walsh had made a straw man –Called TIP TOP Stood it up in Dave’s garden .Made some noise and waited to see what would happen.. No one told Dave for several years .