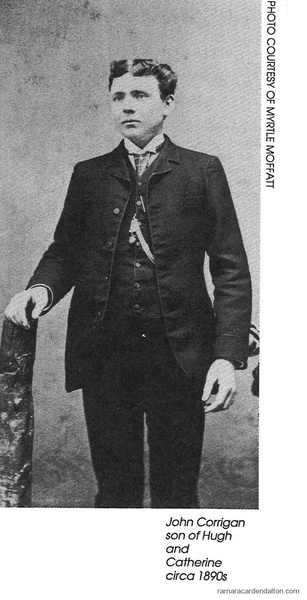 THE ORIGIN OF MARA & RAMA

Ever wondered about the origin of the names Mara and Rama?

One hundred and ten years ago, in 1899, Herbert Gardiner (1849-1924) penned a book entitled “NOTHING BUT NAMES”. This book grew from his interest in the origin of the names of the hundreds of townships in Ontario. In his preface he writes “ The book will interest one class of Canadian readers, and its usefulness as a book of reference will increase with the passage of the years. Perhaps its perusal may stimulate members of Historical Societies and others to put upon record, for the use of future historians, facts relating to place- names which a few years hence will otherwise be difficult to obtain.”

Mara means bitter. “And when they came to Marah, they could not drink of the waters of Marah, for they were bitter: therefore the name of it was called Marah” Exodus xv.,23.
Madam Mara was a favourite vocalist in King George Third’s time.

Rama also means bitter. “ Thus saith the Lord: A voice was heard in Ramah, lamentation, and bitter weeping; Rachel weeping for her children refused to be comforted for her children, because they were not.” Jeremiah xxxi., 15. Rama is also the Spanish word for branch of a tree.

For other townships visit, www.ourroots.ca/e/toc.aspx?id=819