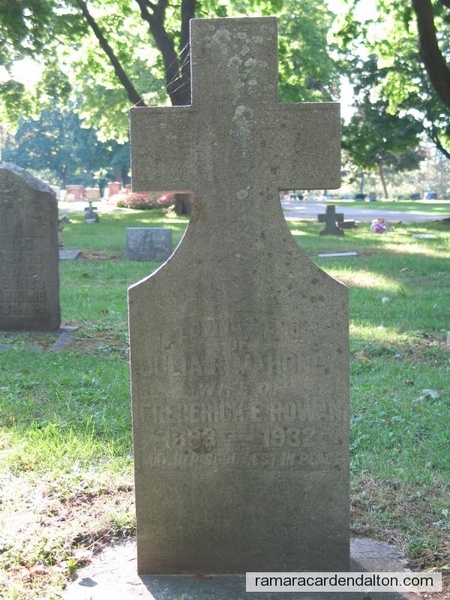 1846- Brown’s Directory of Mara, Home District, lists 100 landholders- see
the complete listing under – Brown’s 1846 Directory plus for more info on the early settlers read the article ‘The early Highland Settlers of Mara’

1851- Cenus- due to legislative delays- actual survey was not conducted
until Jan. 1852.

1854- Ontario County separated from York and Peel, dissolving the short lived union of
the counties and erecting Ontario into an independent county, including the united townships of Mara and Rama. It remained in the Home District, Canada West. See the article entitled – Mara-Rama 1858-1907

1855 – William Unwin, completed the second part of the survey of Rama, to it’s south
and eastern boundaries.

1860- Village of Brechin was founded, by Thomas Foley, it was named after his wife’s
hometown in Scotland—see article ‘Irish & Scotts in Mara plus ‘Some History of Brechin’