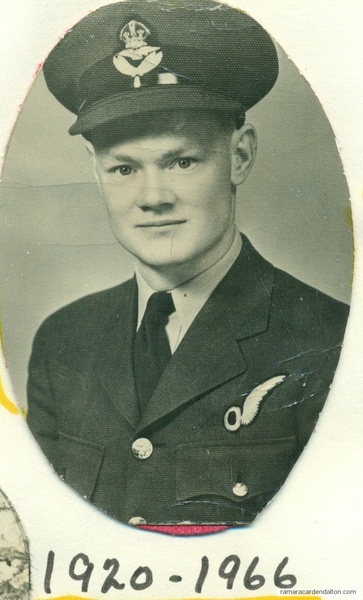 Michael Doherty, born in County Sligo, Ireland, emigrated to Whitby Ontario, in the 1840’s. With him was his daughter Mary, and wife Nancy (nee Cooper). Shortly after they arrived Nancy passed away. On January 7th, 1849, Michael married the widow of William Connelly, Mary. They had seven children by 1863. Mary died in 1886, and Michael passed away in 1893. They children stayed mainly around the Whitby/Darlington area, with the exception of their son Mic.

Mic married Catherine Carey, a Brechin girl, at St. Columbkille’s Church, in 1876. Together they had six children by the time of Catherine’s death in c 1893. Mic remarried in 1896 to a neighbour, Roseanne Duffy. They had no children together. Mic passed away in June of 1920, at the age of 68 years.

Most of Mic & Catherine’s children moved away with the exception of William. He stayed in Mara & married Roseanne Fountain, an Uptergrove girl, in 1901. Together they raised nine children. Bill worked on the farm & on C.N. Railway, at Rathburn. Their daughters Mary & Donna were the only two children to stay in Mara & raise their families. The Doherty family was living in Orillia at the death of their son Ambrose in WWII. 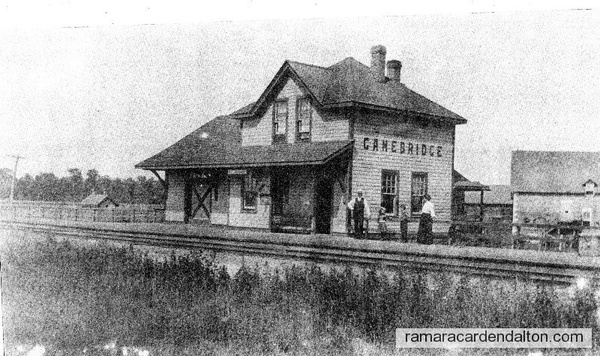 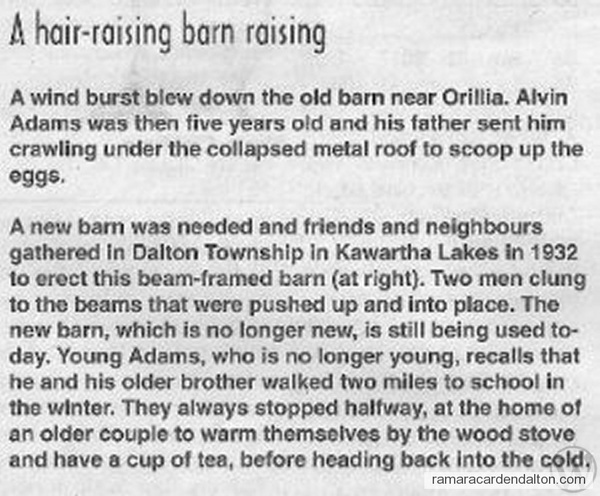