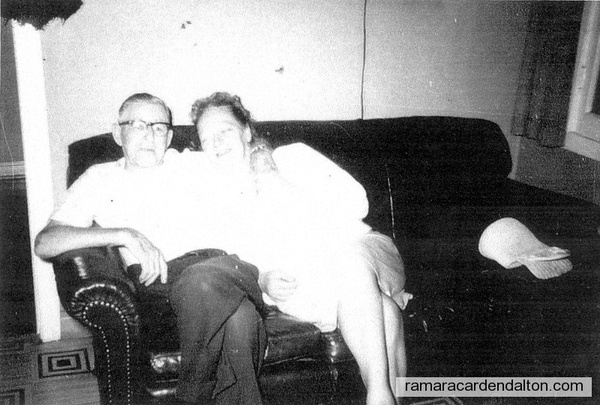 Some History of Mara Township

Mara township is in the County of Ontario and extends from the Talbot River in the south to the Monck Road in the north. The swampy cedar forests along the east shore of Lake Simcoe are a part of the township. The survey of the township was begun in 1821 by Mr. J. G. Chewitt who was assisted by Patrick Corrigan as chain bearer. Mr. Chewitt reported to the government that the land was no good and the survey was stopped. In 1836 the survey was completed by Mr. Robert Ross who was assisted by several of his Scotch neighbours who had settled in the northern and western part of the township. Pioneers started coming but for a number of years they were few and far between. Mara township wasn’t make up entirely of cedar swamps. For a mile or two east of Lake Simcoe there were swamps but behind them were beautiful stand of timber, pie, spruce, maple, oak, elm, walnut, ash, cherry and various other kinds. In a collection made for a fair about thirty five years ago there were over forty different kinds of trees in Mara township. The pioneers, in order to clear the land, had to cut down and burn much of that valuable timber.

The first settler in Mara was Patrick Corrigan who settled on lot 15 on the seventh concession in 1823. His grandson, Edmond, still lives on the property and possessed the original deed to it. The obtain the deed, Patrick’s wife walked through the woods to Toronto and back, a distance of eighty five miles each way. Mr. Corrigan was followed in 1827 by Arthur Kelly of little Kelly as he was known. The climate must have agreed with him for he lived to the age of 112 years and 2 days. In 1833 the first Scotsman, Alexander MacDonald, who was a blacksmith, settled in the northwest section of the township. He was followed by some other Scots in the early 1830’s. Starting in 1846 and 1847 there was a big influx of Irish immigrants and also many Scots. If you had a chance to look at the names of the first settlers in the St. Andrew’s parish area it would be like reading the names on tombstones in an old Irish cemetery in Ireland. Corrigan, Kelly, Kennedy, Corbett, McLean, McGrath, O’Donnell, Roach, Donnelly, Judge, Tyrell, Foley, Murphy, O’Boyle, Boyle, Hogan, Lennon, Flynn, Gaughan, Sheridan, Kenny, Doyle, Burk, O’Neil, Mulhearn, Coyle, McCorkell, McCann, Maloney are but a few of the names of the early settlers in Mara.

In 1846 two families came into the township and settled in St. Andrew’s parish area. Dominic O’Donnell formed a settlement known as Connaught but today is known as Udney. Later he purchased five hundred acres of land about six miles from Brechin and east of the east sideroad. Incidentally that land was purchased for twenty five cents an acre. Two of his sons, Michael and Patrick, were quite prominent in the building of Mara. Michael worked on the building of the old Centre Road as a water boy; he was a collector of taxes for Mara and Rama when they were one municipality; after 1868 he was a member of the Mara township council and served for some time as councillor and reeve; he built a lockup for law breakers who came into the area with the building of the railway in 1870; in 1870, he was appointed a Justice of the Peace and served as a resident magistrate until 1881. His brother, Patrick, was a councillor for a number of years and worked hard to develop the area.

Thomas McGrath and family came to Mara in 1846. He had four sons and two daughters. It took them six weeks to cross the Atlantic; then by train to Toronto and stage coach to Holland Landing where they boarded the barge, “Beaver” and came to Point Mara. They made their way north to Brechin where they were granted four hundred acres of land, a hundred acres for each boy. Their land was on the south side of the fourth concession and extended from the Centre Road westward to where the Grand Trunk Railway was to come. They built a log cabin at the west end of the property. The parents died a short time after their arrival and the children took over. Pat and Cecilia stayed in the Brechin area and lived in the hotel that Pat built at the site of the present hotel. Cecilia taught school in the log school house at Point Mara. On many occasions, as she rode her horse to the school, she had to stop and let a bear get off the bridle path. Later she went to Owen Sound where she met and married Thomas Roach. They returned to Brechin. Mr. Roach bought the hotel from Pat and there the Roach family was born and raised.

In 1846, there began a great exodus of Irish to Canada. In that year of famine in Ireland people were dying like flies because of a shortage of food and the indifferentism of the absentee landlords. Since Mara township had been surveyed recently many of the immigrants made use of the available land grants. The Irish pioneered mainly in the centre of the township, while the Scotch and English settled in the north and south ends of the township. Thus the area along Lake Simcoe from a little south of Brechin to Uptergrove was almost solidly Irish and Catholic. Discouragement and hardship caused some of them to give up and go elsewhere.

The early pioneers set down in the forests, cleared the land, built their log cabins and were happy and content. Many who left Ireland did not reach Canada or Mara. Some died on the way across the Atlantic and others on the journey from Montreal to Toronto and Lake Simcoe. They were weakened by the famine and by the typhus epidemic that followed. Some were unable to withstand the rigors of pioneering and died shortly after their arrival.

Courage played a big part in the development of the township. Mara should be justly proud of the early immigrants who settled in the woods, cleared the land, built the churches and schools and, in general, developed Mara into the thriving area that it is today. The forests have disappeared and have been replaced by fertile farms; the woods around Lake Simcoe have been thinned out and summer homes abound; good roads and highways have replaced the old corduroy roads; cars have done away with horses and buggies; modern machinery has taken over and Mara keeps pace with modernized Canada.

Mara and Rama (the latter surveyed in 1856-7) were one municipality from 1850 to 1868. Mara became a separate township in 1868. The first nominations and the election of councillors took place in Fox’s school house in December, 1868.

The first bridge over the Narrows at Atherley, where lakes Simcoe and Couchiching join was opened in 1853. The old Centre Road, now Highway No. 12, was completed to the Narrows in 1857. With the completion of the Centre Road a stage coach operated for a number of years between Beaverton and the Narrows and eventually to Orillia. A wheel of the original coach decorated the lawn of the Clitheroe family, near Atherley, for some time. It has since been made into a chandelier and hangs in the cottage of a Mr. Weber. In 1871 and 72 the Northern Railway was built from Barrie to Orillia, then over the Narrows and north to Washago. By 1875 the Grand Trunk railway had been extended from Beaverton to Waubaushene and later to Midland. Between 1890 and 1900 the Canadian Northern railway came from Toronto, through Beaverton and Brechin, to Washago and Muskoka. In 1910, the Canadian Pacific opened a line from Peterborough to Port McNicoll. With four railways operating in the township, Mara was
really opened up and it become a prosperous township. Apart from farming there were many other things to occupy the settlers. There was much lumbering; there were stone quarries, potash plants, lime kilns, grist mills, sawmills and many other small industries. All this happened in Mara because the pioneers had tremendous courage.

Some of the above remained but a short time and moved elsewhere. Many of them remained and their descendants are still in Mara.