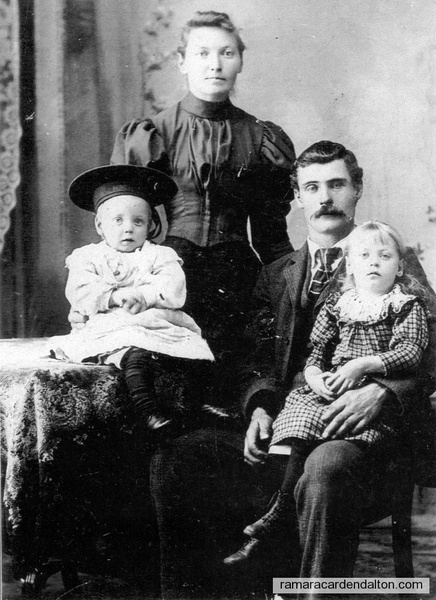 The above church was re-opened on the 17th instant. The improvements have virtually transformed it into a new church, nothing but the bare walls of the old edifice having been left to form part of the new, and even those, which are composed of the strongest stone work, are rendered new both outside and in, being newly pointed on the outside, and beautifully tinted with three coats of paint within.

The seating is of the most modern kind, composed of pews with cast iron ends. The windows are fit for any city church, composed of ornamental or figured ground glass made to order. The floor, altar rail, pulpit and choir platform, are all built of the most durable material, of different kinds of hardwood, stained and oiled. The body of the church is illuminated by four mammoth lamps with porcelain shades. A new Doherty organ has been put into the choir stand, the original church organ being transferred to the Council hall.

The following articles have been kindly donated to us, to the donors of which we hereby return our sincere thanks: Two pulpit chairs, one by each house of the World Furnishing Company; communion table, by C. W. Myers, of Atherley; two altar chairs, by D. J. McPhee, Indian Agent; Sabbath school bell, by W. S. Frost & Co.; frame for hymns, G. T. Madden; beautiful cover for communion table, by Perry & Alport; velvet to cover pulpit, by Moore & Kerr; carpet to cover pulpit platform, by Jno. Northway & Co.; oil-cloth for entry, by B. Grennan; tacks to put down carpet, by G. H. White; love-feast set (in part), by “Parson’s Fair;” pulpit lamp, by MacNab Bros.; chairs for the choir stand, by the people of Barrie; dust cover for organ, by Crawford, Lynch & Co.; dust cover for pulpit, by M. McIntosh, Barrie.

The opening service was conducted by the Rev. M. L. Pearson, assisted by Chief Benson, the Revs. Thos. Williams, Dr. Harper, W. R. Barker, and Richard Black. The Rev. Messrs. McMullen and Ross appeared on the scene, the former in time to crowd in at the door, the latter to aid in taking up the collection. Our Indian choir, under the leadership of Brother Ingersoll, acquitted themselves to the satisfaction of all, and the Nightingale brass band furnished music on the arrival and departure of the steamer Islay, as also during the day.

On the following Sabbath evening the service was conducted by the Rev. W. R. Barker, of Orillia, to the satisfaction of all who had the privilege of enjoying the service, on which occasion the church was well filled, notwithstanding the fact that the evening was rainy and uninviting. To him and all who came to our help in any and every way, we hereby render our hearty and sincere thanks. The financial proceeds from all sources were: Church collections, $23,45; sale of Indian fancy work, $16; proceeds of lunch stand, $14,37; receipts of fruit stand, $9; total $62.72.

Our lunch stand did not do so well as we expected, owing to several of our visitors bringing their own baskets—rather a new thing at a church opening entertainment. But we were pleased to see them nevertheless, and we hope their impressions of Rama will not prevent their coming again. The only event which occurred to mar the pleasure of the day, was the inconvenience caused the people of Orillia who came per steamer Lillie, which was to call for them at five o’clock, but for some reason did not put in an appearance till after nine, which caused some to regret their coming, and for who we felt sorry, though unable to offer them much aid under the circumstances.
JNO. LAWRENCE, Missionary.