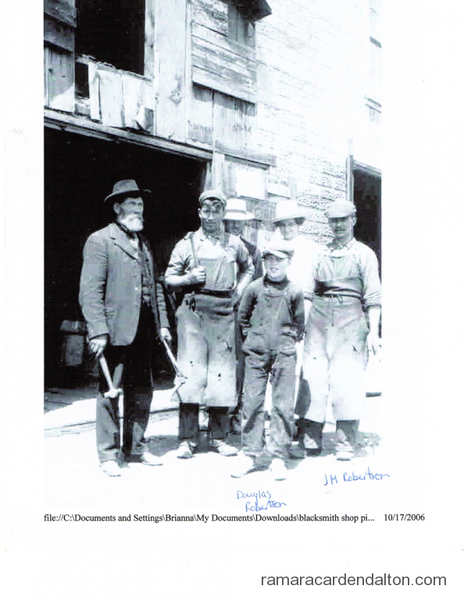 The saw-mill which has been recently erected by Messrs. Thomson & Millar, of this village (formerly of Peterboro’) is now in operation, and as one of the latest improvements in this part of the country deserves more than a mere casual notice. The mill is situated on Lake St. John, two miles north of the  Rama village, about half-a-mile from Lake Couchiching, and six miles from Orillia. A tramway for conveying the lumber to Lake clutching is now nearly completed, and at its termination a large, substantial wharf has been built. Along the track there is ample piling accommodation. Mr. Wm. McPhee, Mara, is building three soows; each capable of carrying 125000 feet of lumber, which will be used for conveying the lumber to the Northern Railroad at Ball Ewart.

From the specimens of logs and sawn lumber to be seen on the premises, we would say that the quality is excellent——fully equal to any that can be procured.

As most of our readers will, we are assured, feel interested in a description of the mill, we will endeavour to convey in as short space as possible, the particulars which we ascertained during a recent visit to the establishment. There have been a few so-called descriptions of this mill published by some of our contemporaries, which are all glaringly incorrect, but we are able to vouch for the statements made below.

THE MILL AND MACHINERY

The mill proper is sixty by ninety feet, and roofed with sheet-iron. The machinery, which weighs over eighty tons, was manufactured by the celebrated firm of Hartshorne & Co., Dundas, Ont. There are four fine boilers, 26 feet in length and 4 feet in diameter. These, as well as the engines, are in a stone building adjoining the mill. The material used for fuel is saw-dust. Two iron flues seventy-feet high, carry off the smoke and sparks, so that the danger is incidental to such places is well provided for. There are three engines, two of them equal to 120 horse-power, which run together, and the other of 100 horse-power. The latter is nearly equal to the first two in power, and is attached to the “Scotch Stock Gang” which is the principal one in the mill, and carries from 30 to 40 saws at a time; this being the first of the kind, we believe, ever introduced into Canada. The first named engines propel the slabbing gang and oscillating muley, besides angle and double edgers, butting and slab saws and the balance of the machinery.

The capacity of the mill is about fifty thousand feet of lumber in twelve hours, or about 10, 000 000 of feet during the summer season. The number of men at present employed in the mill is between thirty and forty, while a large number are engaged at other work about the premises. The business of the establishment goes on like clockwork, under the supervision of the competent foreman, Mr. F. W. McRae.
Two ferry steamers now call at the wharf twice daily, so that visitors can easily go and return the same day.

THE ADVANTAGES WE DERIVE FROM THIS MILL

Business men in this place must acknowledge that Orillia owes a large share of its prosperity to the operations of the lumbermen, which have not only benefited our merchants, but have been equally beneficial to our farming population, by keeping up high prices for grain, pork, etc. as well as by giving good prices for such timber as they (the farmers) had to dispose of. This timber has heretofore been only partly manufactured here, so that a large proportion of the profits of its manufacture were reaped by those amongst whom the manufacture was completed, frequently in a foreign country. But the enterprising firm of Thomson and Millar manufacture their lumber at home, by which we get all the benefits of receiving amongst us a large amount of money which was formerly spent elsewhere. We are glad to learn that these gentlemen are likely to succeed in this industrial enterprise.

NECESSITY OF A RAILROAD

While noticing the improvements going on amongst us, we must not lose sight of the greater necessity for railway facilities. The present progress of this part of the country is slow towards what it would be if we had proper means for transporting our products to the eastern markets. We would take this opportunity of urging upon the ratepayers of Mara and Rama, as well as those of Orillia, the importance of taking steps to secure the extension of the road to Beaverton; surely the ratepayers of our sister townships will comply with any reasonable demand which may be made foe extending the road farther north. If they consult the future prosperity of this section of country, they will take the proper steps for securing this object.