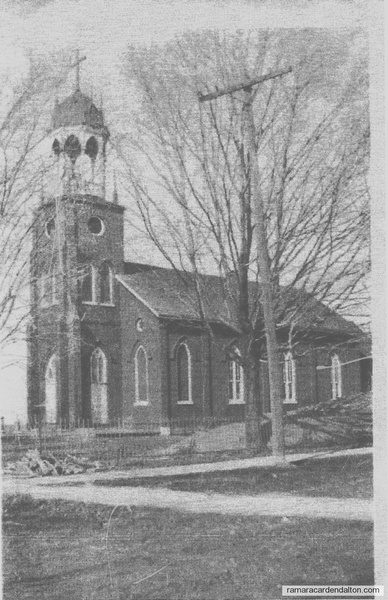 The mutton-loving canine has been out on a sheep raid in the neighborhood of Point Mara last Saturday night. The first intimation of the presence of the dogs was received by Mr. Thomas Healy whose family was disturbed by their barking, but they did not suspect anything wrong. About daylight the same dogs were heard again, and then their ravages were plain enough. Mr. Edward Healy went out with his gun and obtained a shot at one of the dogs wounding him. During the day while searching for killed sheep, the same dog was observed and shot dead. Of Mr. Healy’s sheep, four were killed and three wounded; of Mr. Wm. Johnston’s, there were three found dead, and more missing; of Mr. S. Doolin’s, there were two wounded. The dog was very much like Mrs. Quinn’s.

A little 9 year son of Mr. W. Johnston, Point Mara, manages his father’s Champion mower with all the dexterity of an old whip. He can safely be trusted with the machine and knows when to apply the oil can just as well as his father. A handy youngster to have around when farmers are obliged to pay $75 a month for farm hands.